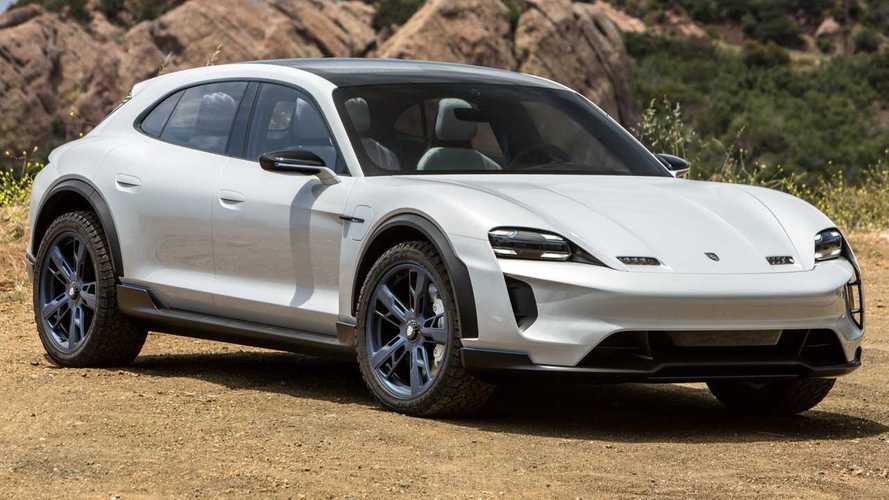 Cross Turismo will be followed by other Taycan derivatives.

In the next four years, the company is going to invest approximately €10 billion (about £9.2b) to electrify its range by launching new hybrids and pure electric models. By the middle of the decade, Porsche estimates half of its sales will be represented by PHEVs and EVs

The main priority right now for the folks from Zuffenhausen is to introduce a production version of the Mission E Cross Turismo. Unveiled as a concept two years ago at the Geneva Motor Show, the road-going model will be labelled “Taycan Cross Turismo” and is earmarked for a late 2020 official reveal. The timeframe is included in the Annual and Sustainability Report 2019 of Porsche AG released today, which also mentions the jacked-up rugged estate will be the first of other Taycan-based derivatives.

The 200-page document also briefly mentions the fully electric variant planned for the next-generation Macan. Porsche specifies it will ride on the Premium Platform Electric platform and is earmarked for a market launch in 2022, according to Lutz Meschke, Deputy Chairman and member of the Executive Board. PPE is being developed by Porsche and Audi, with the former already teasing a sleek EV about the same size and shape as the A5 Sportback. PPE will accommodate both rear-wheel-drive models with an electric motor mounted at the back and AWD cars with an extra motor at the front.

An electric Porsche estate is coming:

Porsche Taycan Cross Turismo sheds camo in spy shots, or does it?

To have the Leipzig factory ready for the Macan EV’s arrival, Porsche is investing more than €600 million (£552m) in the expansion of the facility, including a new body shop. The company will build electric cars alongside models equipped with conventional powertrains, and it will also assemble the axles for the zero-emissions crossover rather than outsourcing the chassis from an exterior supplier like it’s currently doing for the Macan and Panamera.