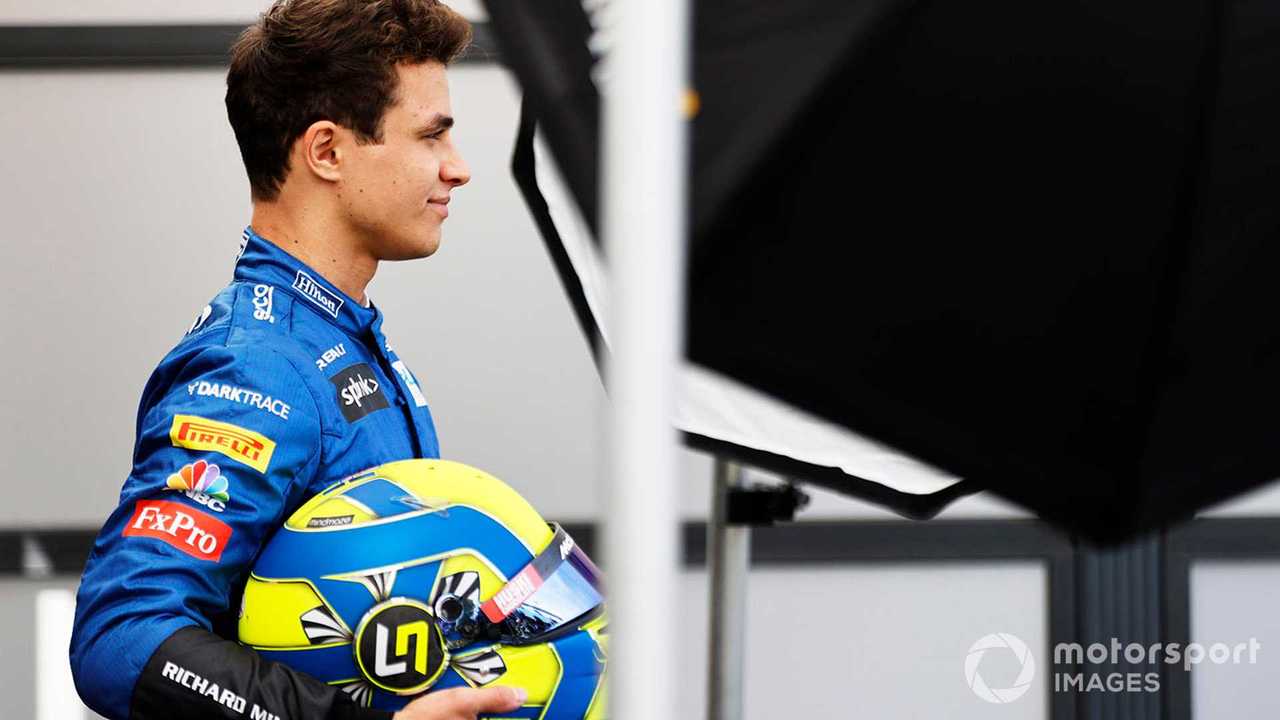 Lando Norris is planning to use a one-off helmet at every Formula 1 race this season after the FIA lifted the ban on design changes for 2020.

Drivers were previously only permitted two substantial design changes per season, only for F1’s governing body to announce before the cancelled Australian Grand Prix that it had removed the ruling.

Norris has taken great interest in designing his helmet and race suit throughout his career, but was limited to a blue and yellow colour scheme through last season.

The McLaren driver used one of his permitted changes to pay tribute to MotoGP star Valentino Rossi for the Italian Grand Prix at Monza.

Asked by Motorsport.com how he was planning to take advantage of the rule change, Norris said it was “one of the best things about this year”.

Norris has 'strong list' of things to improve in 2020

“I’m planning to hopefully try and have one new special every race,” Norris said.

“I have them all on my wall at home. They’re one thing I get to remember every race by, there’s something about them.

“Now we can mix it up a bit more, and I can have some more exaggerated designs and more custom and colourful and stuff like that.

“I’ll still be keeping with the same concept of what I have, because that’s still me. But then how everything is done around that, the colours and schemes of everything, are hopefully going to be a bit more dedicated to each race and the country and things like that.

“It is a nice thing they’ve done. I like that.”

Norris said he was “a bit tight on time” to make a special helmet design for Melbourne after the ruling, opting to add some kangaroos to it.

“I’ve got me as a kangaroo on the top, a bit of a sunset in the background,” he said.

“This one I haven’t done that much, but for future races, I’m going to try and mix it up a bit more.”

A number of drivers tweaked their designs for Australia, including Valtteri Bottas, who added a dabbing koala bear to the rear of his helmet.

When informed of Bottas’s design, Norris replied: “Dabbing’s old now! He needs to get with it.”