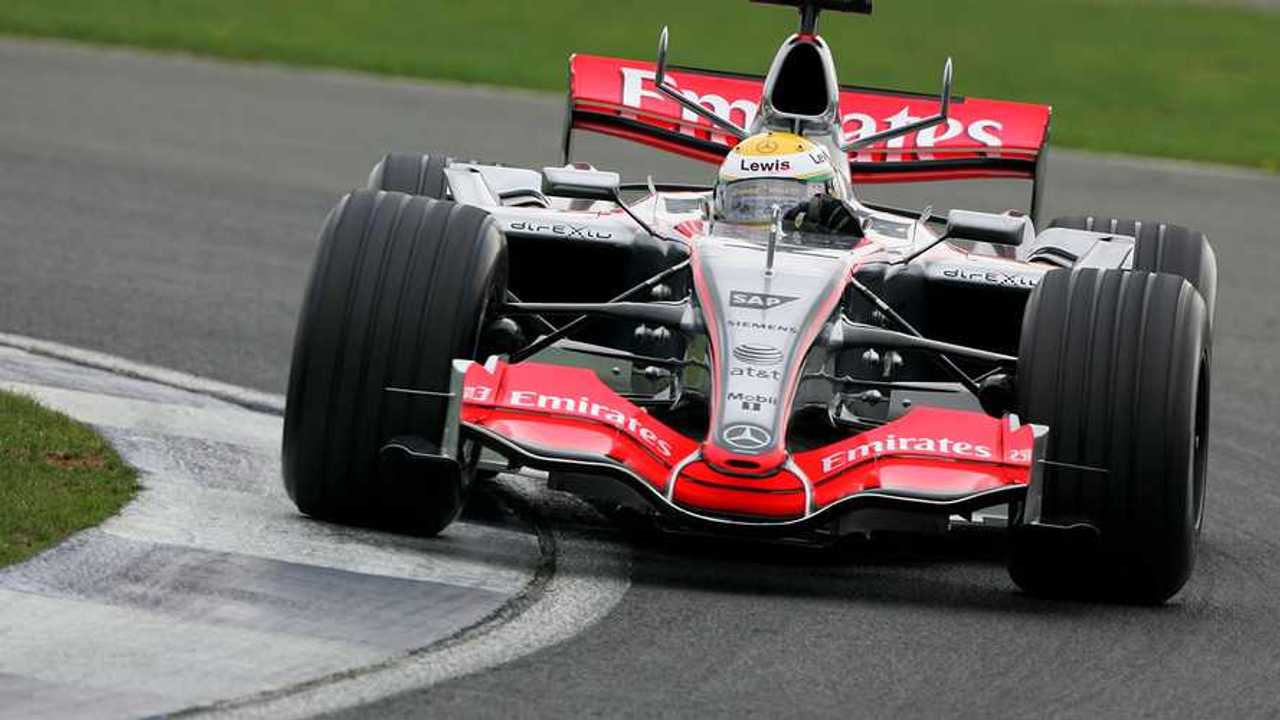 Lewis Hamilton took just two runs of his debut Formula 1 test at Silverstone to show his rivals he was going to be a "massive problem", former teammate Pedro de la Rosa has revealed.

The British driver was handed his first run in an official test by McLaren in September 2006, just days after his title-winning GP2 Series campaign had finished.

At the time, McLaren driver de la Rosa had hoped to continue in a race seat for 2007 – and was running at the test alongside Hamilton.

Reflecting now on the events, de la Rosa said that his views on Hamilton changed totally on the second run that the now six-time champion did.

"That's when my mind changed," said de la Rosa, speaking to F1's Beyond the Grid podcast.

"We had two cars, we were testing there, [and] it was his first ever Formula 1 experience. He did a run, and he was nowhere, you know.

"I remember looking at his data with Philip Prew, my race engineer back then. We were looking and Philip told me: 'The boy will need to improve a lot over the years...it's a long road for Lewis, but he will be good, but we just have to give him time, blah, blah'.

"And I thought 'yeah, yeah, yeah'. I did a run, came back, looked at the times and I saw Lewis was fastest.

"You know, on the second run! And I looked at the data and I said: 'What happened?' [They said:] 'Well we gave him new tires'.

"So I looked in the data, and he was so fast through Copse, Becketts, Maggots... that then I just realised the potential of Lewis Hamilton. Just looking at the data for a couple of seconds I realised we had a massive problem."

De la Rosa said that it soon became clear that Hamilton would be chosen to line up alongside Fernando Alonso in 2007, but he says he felt no bitterness about what happened.

"It was his first ever F1 test, his second run in Silverstone, and I realized this guy is very, very fast.

"I've seen a lot of drivers in my life. You know, I've been with very good drivers, I would say, and I feel very honoured of that. But when I saw Lewis, I thought "wow, this is very special". And then, when the season was over, I knew that Lewis would be in the race car and I knew that Fernando was signed.

"And I was happy with that, because I said to myself, if I was in, Ron [Dennis]'s feet, or Martin Whitmarsh's feet, I would take the same decision, because Lewis is incredibly fast and Fernando as we all know, is mega."