The performance of the SCG 004 with the off-road chops of the Baja Boot.

We’re noticing that lifted sports cars are rising in popularity as more and more companies are looking to develop vehicles that can go fast regardless of the type of terrain. Recent examples include Ruf with the Rodeo Concept and Gemballa with its Avalanche 4x4, but Scuderia Cameron Glickenhaus also wants to join in on the fun with its own bespoke car.

SCG published this week on Facebook a wild rendering that takes cues from the 004 and combines them with the Boot off-roader that took part in last year’s Baja 1000 event. Although both have been created to compete in motorsport, that’s where the similarities end as the two models couldn’t be more different. One is a lightweight machine created to devour the race track and the other was conceived to tackle the roughest roads out there, and yet SCG is attempting to merge the two to create a car that would be in the same spirit as the 1985 Porsche 959 Paris-Dakar.

Get up to speed with SCG: 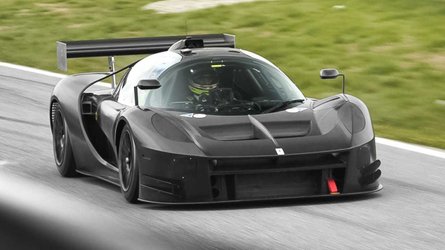 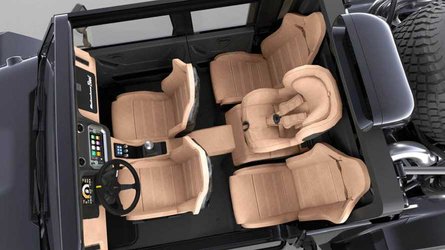 While it’s only a crazy rendering at the moment, SCG says in the Facebook post it’s actually thinking about offering a kit car customers would have to assemble. It would be more of a basic dune buggy rather than a jacked-up 004 with off-road tyres and plastic body cladding, meaning the price tag would be far more attainable.

Whether that will actually happen one day remains to be seen, but we would certainly be interested in seeing an off-road kit car that offers a central driver’s seat, winch, roof scoop, and a chunky rear wing. It’s worth noting SCG has a lot on its plate right now considering it’s tweaking the 003 and 004 models while preparing the 007 Le Mans racer and further optimising the Boot.