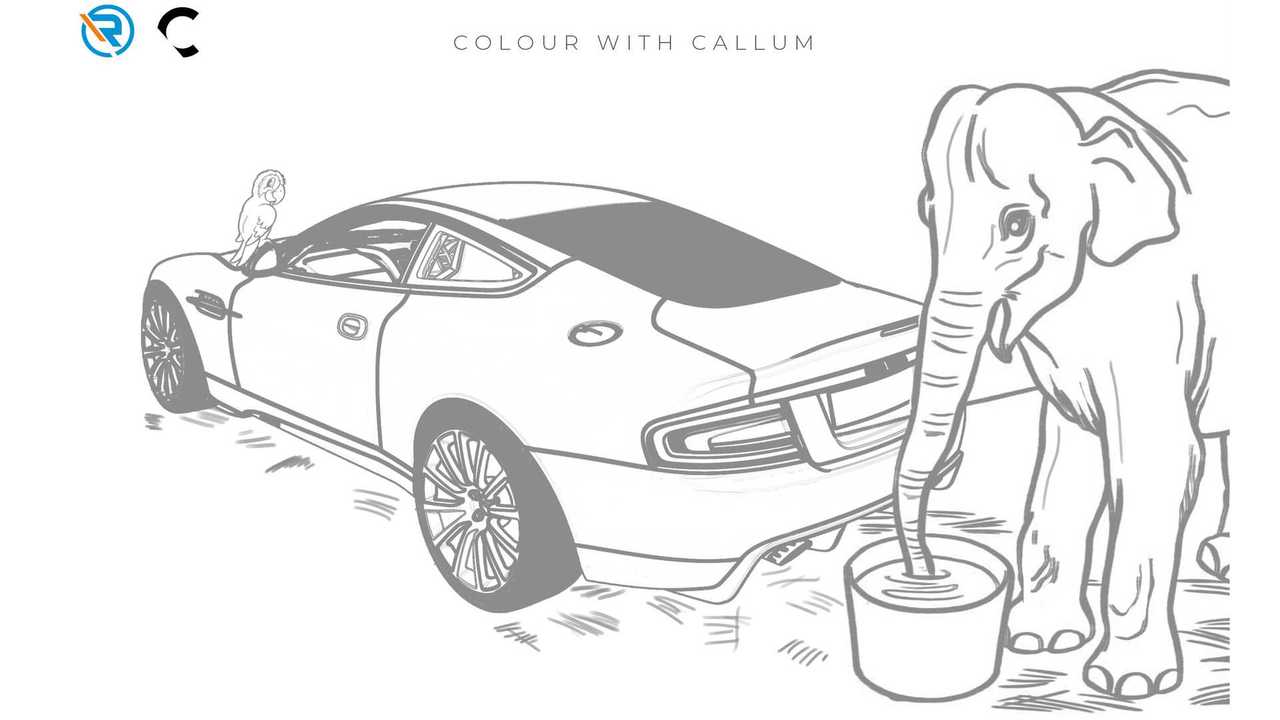 Stave off boredom with cars and crayons.

Daily life has come to a halt around the world, with many of us staying home in hopes of slowing the spread of the novel coronavirus. With schools closed across many countries, kids are cooped up at home. It’s easy for boredom to set in after just a few days, likely testing the patience of parents everywhere. Thankfully, Callum, Ian Callum’s new design firm he set up after leaving JLR, is here to help.

The firm released three colouring sheets for kids big and small to do at home, depicting the Aston Martin Vanquish 25 in various scenarios, according to Auto Express. A fourth, GT3 sketch is also in development, ready to be released soon. The three available sketches show the car getting a wash from an elephant, cruising down a tree-lined street, and sitting parked in front of a house.

According to the publication, Callum is offering more than just a timewaster, though. Those who complete the drawings can post them on social media with the hashtag #colourwithcallum for the Callum team to see. They’ll pick their favourites, offering prizes to the best coloured-in ones.

The Aston Martin Vanquish 25 was the first project from Callum after Ian retired from JLR last summer. It takes the iconic Vanquish and gives it a modern interpretation. When Callum announced the project, it said it’d build just 25 examples, taking each down to the bare metal to be rebuilt. All 25 examples will receive a V12 engine with upgrades to the hardware, software, and exhaust system, allowing the mill to produce close to 600 bhp (447 kilowatts).

While colouring an Aston Martin Vanquish 25 won't be as exciting as driving one, it could provide an excellent opportunity to introduce cooped-up kids to the iconic Aston coupe.