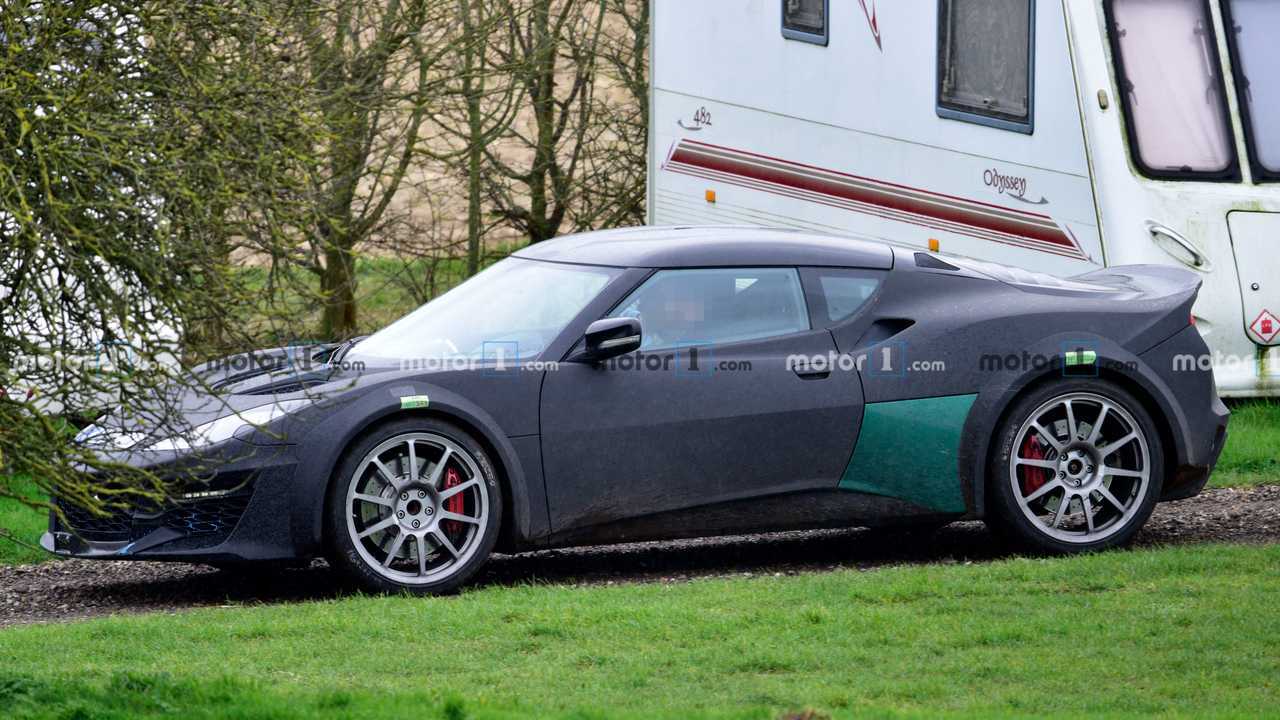 It should arrive early next year.

Lotus first hinted at an Esprit successor a decade ago at the 2010 Paris Motor Show. We waited and waited and then waited some more, but the car never materialised. The last decade saw ownership change, with the Lotus lineup never expanding as intended.

But, 2020 is a new decade, and it looks like Lotus is finally following through with that plan. New spy photos show the Esprit successor is in the works, though that’s difficult to tell from the photos.

The photos show a Lotus Evora, though it’s been widened. The Esprit will use the same underpinnings, though they’ll be modified for the new, long-rumoured model. Much of what we know about the upcoming car comes from rumours and gossip with little “official” news. The car is supposed to arrive sometime in early 2021, which makes a late-2020 reveal possible, though it may not use the Esprit name. Lotus could pick something different.

When Lotus first teased the styling concept in 2010, it packed a Toyota-sourced 5.0-litre V8 engine. It was supposed to produce 500 bhp (373 kilowatts) in the base offering with the Esprit R pumping out 550 bhp (410 kW). But the powertrain landscape has changed significantly since then. New rumours suggest Lotus will still go to Toyota for the engine, but it’ll borrow the Japanese automaker’s 3.5-litre V6 instead and electrify it. The hybrid powertrain is still expected to produce around 500 bhp – more than the 400 bhp (298 kW) offered in the Evora 410.

Rumours also suggest the Esprit – or whatever Lotus calls it – will be a mid-engine two-seater with a decent amount of storage space, making the car more usable than other Lotus offerings. It’ll also meet both North American and Chinese regulations, boosting appeal, and, hopefully, sales, too, borrowing design cues from the Evija electric hypercar. Expect to see a lot more the Esprit in the coming months as Lotus likely prepares to reveal the car sometime later this year or early next.