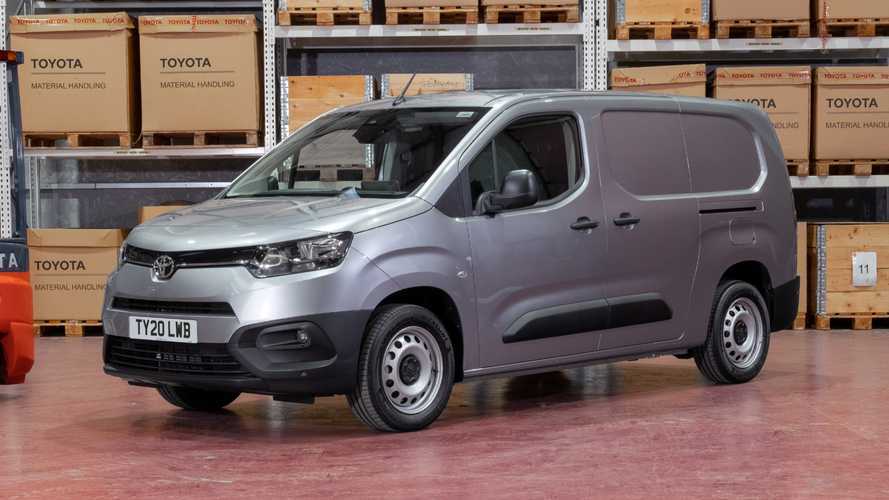 Toyota has launched the new Proace City compact van in the UK, introducing the Vauxhall Combo rival with a £18,386-plus-VAT asking price. The new model will be available with a choice of body styles, as well as a choice of two 1.5-litre diesel engines.

The newcomer is the latest in a line of commercial vehicles that includes the Proace medium-duty van, the Hilux pick-up truck and the Land Cruiser Commercial 4x4. It’s arrival also coincides with the launch of Toyota’s new Toyota Professional range of services for commercial vehicle customers.

New plug-in van from LEVC to be named 'VN5'

At launch, the Proace will be offered with a choice of two lengths, with the ‘short’ 4.4-metre model representing the cheapest in the range. That model offers a 3.3-cubic-metre load bay, complete with sliding side doors and twin side-hinged rear doors that open to 180 degrees. The longer 4.75-metre model, meanwhile offers the same doors, but comes with 3.9 cubic metres of load space.

Both vans can carry up to a tonne of whatever it is you need to haul from A to B, while anything that won’t fit inside can be towed - providing it weighs less than 1.5 tonnes. But that might not be necessary, because Toyota has fitted the Proace City with a Smart Cargo feature, which is an optional extra on the basic Active model but a standard feature on the more luxurious Icon. Using a folding passenger bench, the system adds an extra 40 cubic centimetres of load space, and stretches the maximum load length by more than a metre.

But even if you don’t tick that option, the entry-level Active still comes with air conditioning, automatic headlights and heated door mirrors, as well as Bluetooth, a full-size spare wheel and a rubber floor covering in the cargo area. There’s a full metal bulkhead, too, as well as a DAB radio with a USB port.

The Icon, meanwhile, which starts at £20,386 plus VAT, gets an eight-inch touchscreen with the Apple CarPlay and Android Auto smartphone integration systems, as well as three front seats, automatic wipers and a reversing camera. Front and rear parking sensors are standard, too, as is cruise control. Opting for the Icon also allows you to choose the longer 4.75-metre body shape.

Either way, you get to choose between two 1.5-litre diesel engines. The cheapest option is the 74 bhp motor, but you can upgrade to the 99 bhp version. Both come with fuel-saving stop-start technology and 25,000-mile/two-year maintenance schedules.