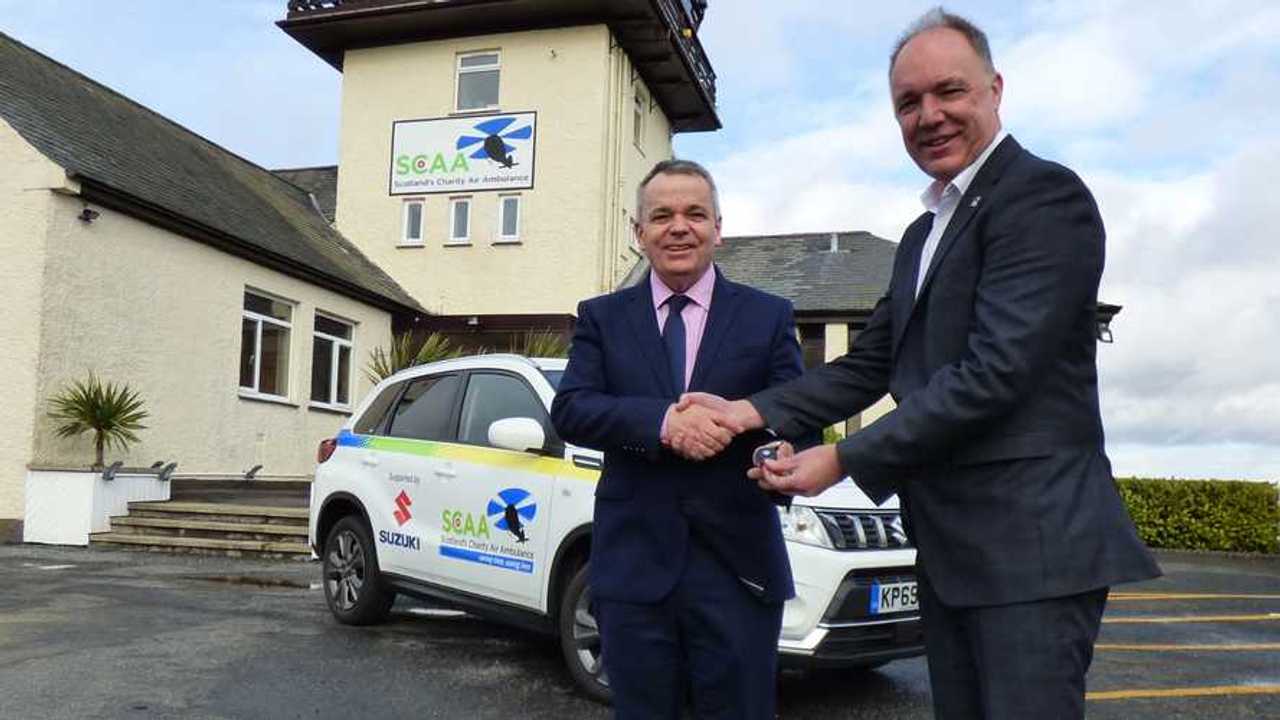 The new Vitara will be used on fundraising assignments, as well as transporting staff.

Suzuki has offered its support to a Scottish air ambulance service by giving the organisation a brand-new Vitara SUV. The 1.2-tonne donation will be used by Scotland's Charity Air Ambulance (SCAA) to undertake fundraising operations across Scotland.

The car in question is a white SZ-T model, which has been delivered with full SCAA branding, including the organisation’s yellow, green and blue colours. Although the SZ-T is now the cheapest model in the Vitara range, it still comes with 17-inch alloy wheels, a rear parking camera and satellite navigation.

The new Vitara has already seen service north of the border, with SCAA using the vehicle to transport team members. The mobility is especially important after the organisation announced the launch of its second helicopter, extending its operations to both Perth and Aberdeen airports.

More on the Suzuki Vitara SUV:

Nick Harvey, the director of fundraising and communications at SCAA, said the vehicle would be a “workhorse” for the charity, supporting the staff and volunteers across a host of functions and events.

"With the imminent launch of our second helicopter seeing us operate from both Perth and Aberdeen airports, our staff and volunteers find themselves travelling further and more often,” said Harvey. “The use of a Suzuki Vitara will make a huge difference for the charity team as a support vehicle for all our fundraising, public engagement and community events.

"Having a high-profile mode of transport such as this is a huge boost and we can't thank Suzuki enough for their generous support. They are providing us with an invaluable resource that we could never have afforded to purchase. Contributions of this kind help us to raise public awareness of our work, enabling SCAA to raise more money which results in our expert crew being able to provide more care to more people and more quickly."

Meanwhile Alun Parry (above, left), Suzuki GB’s head of press and PR, said the Japanese company was pleased to have helped the air ambulance service, and hoped the organisation would make good use of the car.

“We are delighted to assist SCAA in this way and we hope the Vitara SZ-T will help further raise the charity's profile and, consequently, more funds for an invaluable service,” he said. “SCAA has proved a lifeline for many people across Scotland and Suzuki is pleased to give something back from the motor industry."