Spectators banned from BTCC launch due to coronavirus

The British Touring Car Championship has barred spectators from attending its pre-season Launch Day at Silverstone on Tuesday in the face of the coronavirus pandemic.

A statement from the series was released on Monday evening, asking fans not to attend the circuit after UK prime minister Boris Johnson advised all citizens to avoid ‘non-essential social contact’.

“TOCA and Silverstone are committed to assisting in any way to support the government’s action plan, with the health and safety of our visitors and our team as our priority.

Six hours of testing, split into two three-hour sessions, are scheduled to take place on the International Circuit, which has never before been used for BTCC competition.

The track uses the Grand Prix Circuit ‘Wing’ pits and paddock, but cuts across from The Loop complex to rejoin the GP layout at the beginning of the Hangar Straight.

The International Circuit will be used for the penultimate round of this year’s championship, on 26-27 September.

The race calendar itself is under ever-increasing threat from measures taken to counter the coronavirus, and Motorsport.com understands that the opening three rounds – at Donington Park on 28-29 March, Brands Hatch Indy Circuit on 11-12 April and Silverstone National Circuit on 25-26 April – are at risk.

This may depend on any edicts from the government banning gatherings of more than a certain number of people. In these circumstances, it would be unlikely that events could even take place behind closed doors as it is understood that at least 1500 people work in a BTCC paddock, across the headline act and its five support championships. 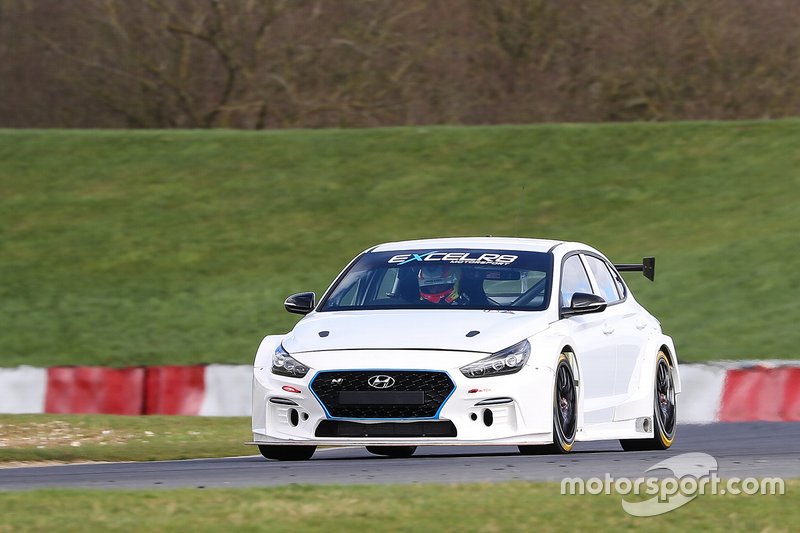 Meanwhile, testing has continued apace over recent days, with Excelr8 Motorsport completing the first track running for its Hyundai i30 Fastback N Performance machines at Snetterton last Thursday and Friday.

Drivers Chris Smiley and Senna Proctor – both of whom are BTCC race winners – came away happy from the test.

“The two-day shakedown and test at Snetterton were very productive with both Senna and Chris coming away feeling quietly confident that their new steeds are capable of delivering.”