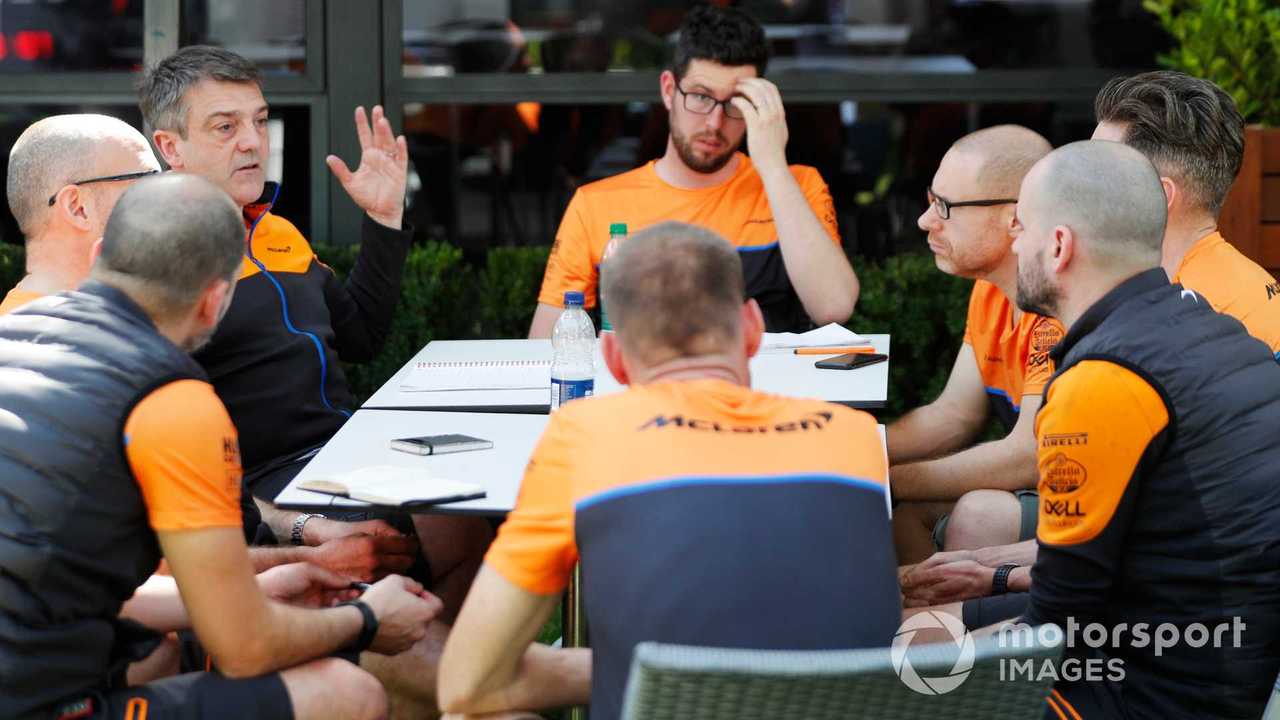 McLaren racing director Andrea Stella and other key figures from the team have volunteered to remain in Melbourne for the next two weeks, to help support their colleagues who remain in quarantine for coronavirus.

In the wake of a McLaren team member being confirmed as having contracted the virus, another 14 members of the squad were put into self isolation as a precaution because they had been in close contact with their colleague.

McLaren team principal Seidl stayed behind for a few days to help offer his support before returning to Europe, but speaking on his return he has revealed that Stella has elected to see out the duration of the quarantine himself rather than go home.

Speaking about the ongoing situation, Seidl said: "This is not an easy situation. Special thanks to our racing director Andrea Stella and his guys, who volunteered to stay Down Under for the next 14 days supporting our guys in quarantine.

"When I talk about our team members, I also want to thank our two great drivers, Carlos and Lando, who have been obviously concerned about their teammates.

"We have to keep them physically away from the rest of the team, even though they are both fine, but they are in constant communication."

As part of the ongoing precautions made by the team, all McLaren personnel who travelled to the Australian Grand Prix have also been told not to return to the factory until 14 days after they have returned to the UK.

McLaren says that the affected member of the team is "is recovering well and the symptoms have gone", and that the other team members in quarantine "are in good spirits".

Zak Brown, the team's CEO, said: "I'm happy to report that our team member affected with the virus is recovering well and the symptoms have gone and our people in quarantine are in good spirits.

"The support they have been getting from their teammates, our partners, members of the F1 community and fans from around the world has been fantastic and our thanks go out to all of them."

Brown says that news of the positive test came through while he and Seidl were having dinner on Thursday night – and that agreement had been made beforehand to withdraw in such a scenario.

"We had been continually scenario-planning together with the team back in the UK, so we knew what our options were in the event of various outcomes," said Brown.

"Andreas and I already agreed that if we had a positive case in the garage there was only one option. As I said before, as a racer it was the hardest decision I've had to take but as CEO it was the easiest. Our people come first and Andreas feels very strongly about this too.

"When the news came through on Thursday evening Andreas and I were at dinner with one of our shareholders. We immediately returned to the team hotel to join our race team leadership and while Andreas focused on leading the team, I focused on our board and shareholders, who were absolutely supportive I must say, while informing the other teams, F1 and the FIA."

McLaren has also praised rival teams for helping offer assistance on Friday night to pack up the equipment at Albert Park, with the team facing a lack of staff.

Seidl said: "We appreciate our fellow teams in the paddock who offered immediate help on Friday to dismantle the garage and pack the freight, which was obviously a challenge for us missing 14 of our core guys. This is the spirit of F1 and racing we all embrace."