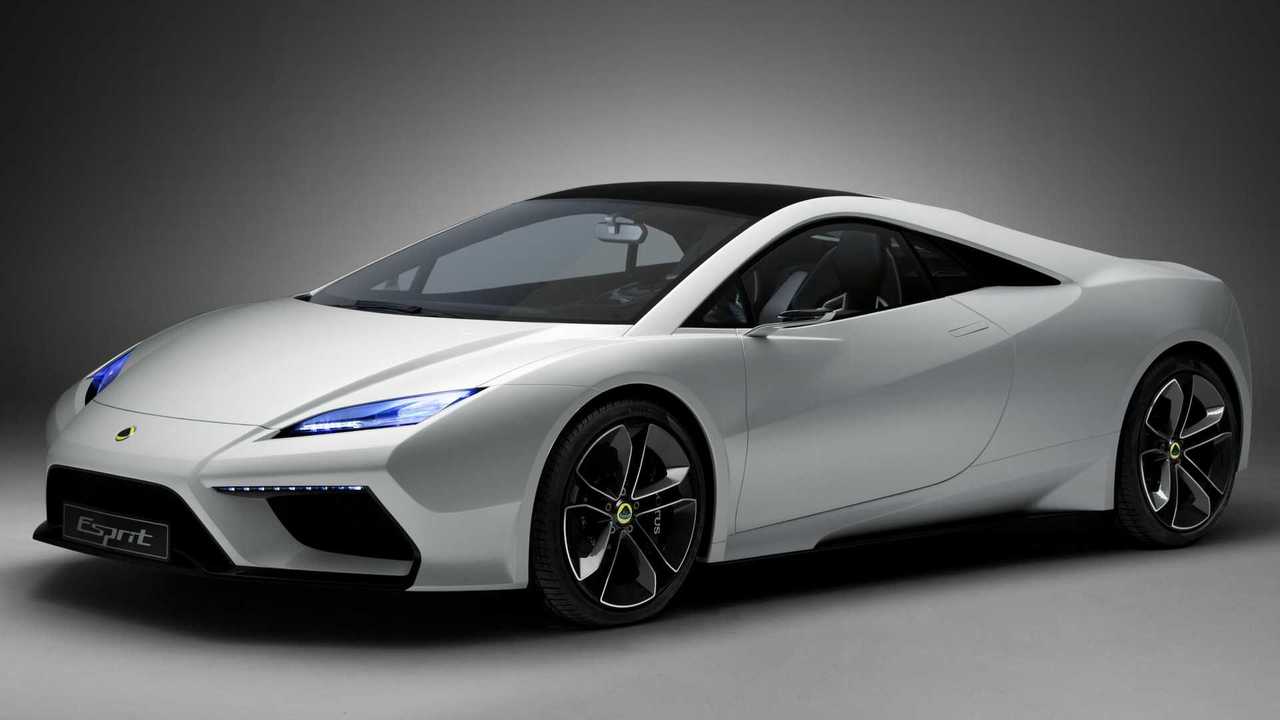 It's expected to go on sale in the second half of 2021 with or without the "Esprit" name.

It is rather hard to believe nearly 10 years have already passed since Lotus shocked the 2010 Paris Motor Show by unveiling no less than five concepts. One of them was to preview the next-generation Esprit that was supposed to go on sale in 2013, but it never happened.

Pictured here, the showcar still looks relevant a decade later, although the actual sports car that may revive the “Esprit” moniker is said to take after the Evija electric hypercar.

As some of you will recall, the 2010 concept was envisioned with a 5.0-litre V8 engine of Toyota/Lexus origins with a Lotus supercharger good for 550 bhp in the base model and as 620 bhp in the Esprit R. According to Autocar, the road-going Esprit is said to rely on a smaller 3.5-litre V6 also from Lotus’ Japanese partners, but with a hybrid twist as the powertrain is said to be electrified using expertise obtained by Volvo, another automaker owned by Geely.

The report goes on to specify the modern-day Esprit could have well over 500 bhp taking into account the Evora 410 packs a 400-bhp supercharged punch. It’s unclear at this point whether the new car will have a naturally aspirated combustion engine or Lotus will resort to forced induction to extract more power. Autocar goes on to mention it will be the last car to be based on the same underpinnings used by the Evora and will slot right above it rather than being a replacement.

The mid-engined machine is said to offer a two-seater cabin with a decent amount of storage space to create “the most usable Lotus on sale.” As with all of the other models born in Norfolk, the car is said to offer a “driver-focused package” and will meet regulations in North American and China to increase its global appeal.

Lotus Elan might come back to fight the Porsche Boxster

The new Lotus sports car is apparently due to be unveiled in the first half of 2021, with sales to commence a few months later. It’s not known if the “Esprit” moniker will actually be used, but the model will bridge the gap between the company’s aging platforms used for the Elise/Exige and Evora and the all-new cars developed from the ground up.