Coronavirus: when will motorsport resume in 2020? 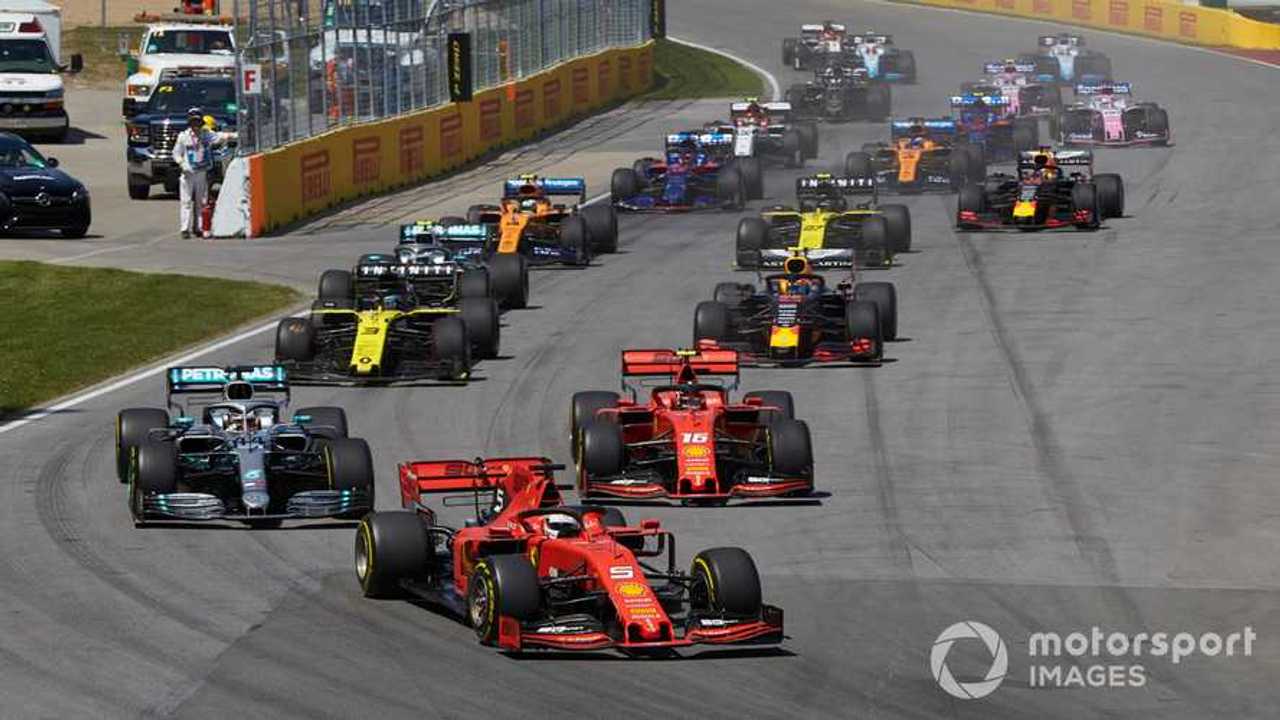 Coronavirus has caused sporting events around the world to be postponed and cancelled, with Formula 1, Formula E and MotoGP among them.

Other series have also paused races in response to coronavirus, as large public gatherings will inevitably increase the risk of transmission between hosts.

As series react to the ever-changing effect that the COVID-19 virus will inevitably have over the motorsport world, this story will be updated with cancellations and postponements should any more be forthcoming.

At this stage, it is currently unknown when the definitive first race of the 2020 F1 season will be.

As the coronavirus outbreak is commonly regarded to have originated in the city of Wuhan, the Chinese Grand Prix was swiftly postponed in the interests of public health.

The Australian Grand Prix was cancelled on the Friday of its race weekend, after a McLaren team member had tested positive for coronavirus.

Seven further members of the F1 paddock were also tested, but their results were found to be negative.

Australian Grand Prix Commission chairman Andrew Westacott has suggested that, despite the official cancellation, the race could be rescheduled for later in the year.

The Bahrain and Vietnam Grands Prix were also postponed in the wake of the escalating coronavirus pandemic, leaving the Dutch Grand Prix at Zandvoort as the defacto season opener.

However, it has been suggested that F1 will ditch the opening trio of European races, meaning that Zandvoort, Barcelona and Monaco face the chop should the coronavirus crisis continue to worsen.

This means that the season would open in June with the Azerbaijan Grand Prix in Baku, one week before the field goes to Montreal for its Canadian round.

These postponements also affect the Formula 2 and Formula 3 championships, which are on F1's support bill. Bahrain was due to be the first round for both categories, but this is now currently scheduled as Zandvoort.

When will the 2020 MotoGP season begin?

Dorna Sports and the FIM have arguably been the most proactive motorsport bodies during this difficult period, with constant communication flowing out of both camps as to MotoGP's current situation.

A week before the Qatar season opener, tightened quarantine restrictions on Italian travellers - which is a vast majority of the paddock - led Dorna no choice but to scrap the Qatar race - despite its hopes to get all needed to start the race into the country on a charter flight from Nice.

As more countries reacted to COVID-19, MotoGP's second, third and fourth rounds in Thailand, America and Argentina were all postponed.

MotoGP has already found slots for these races, except Qatar, which won't appear this year owing to the Losail circuit undergoing essential track works in the coming months.

The back-end of the calendar is now incredibly congested as a result, with eight races in 10 weeks. There is a risk this could put too much strain on the paddock.

The season is now due to start on 3 May in Spain at Jerez - though this is very much open to being changed, with various regions in Spain now under quarantine.

Dorna and the FIM hope to run all 19 remaining races, and is willing to run the season into January if needed, while two-race weekends and races at back-up venues also under consideration.

While chaos reigned in F1, Dorna CEO Carmelo Ezpeleta and FIM president Jorge Viegas both released Q&A's over the last 48 hours updating the world on its current plans.

As it stands, the Formula E season has been paused for two months amid the ensuring coronavirus crisis.

The Sanya E-Prix was first to be postponed at the beginning of the COVID-19 outbreak, followed by the Rome E-Prix after the spread intensified dramatically in northern Italy - meaning the country is on lockdown.

After Formula E's latest announcement, the race in Paris, along with calendar newcomers Seoul and Jakarta, have also been postponed until further notice.

The FE season is thus theoretically set to resume in Berlin in June.

When will the 2019-20 World Endurance Championship season resume?

Following the cancellation of the Sebring 1000 Miles event, the World Endurance Championship has just two events left on the calendar: the 6 Hours of Spa-Francorchamps and the 24 Hours of Le Mans.

With the Spa round pencilled in for the end of April, it may be under threat given Belgium's emergency measures to contain the coronavirus spread.

In those measures, all large gatherings must be postponed, while public places like bars, cafes and restaurants must be closed until 3 April.

It is unknown whether those measures will continue beyond that point.

Although the Le Mans event is not until mid-June, the ACO will be expected to make a call on whether it is postponed depending on the current health crisis' escalation.

When will the World Rally Championship resume?

The World Rally Championship has so far largely gone off without interference from the coronavirus, with its opening Monte Carlo event in January, February's Rally Sweden and this weekend's Rally Mexico coming just at the right time - though six-time WRC champion Sebastien Ogier has objected to competing in Mexico given the events unfolding around the world.

However, WRC couldn't escape the coronavirus-forced cancellations forever, as the final day of Rally Mexico was stopped to help people working in the paddock return home prior to travel restrictions.

The fifth round in Argentina originally slated for the end of April was also put on hold after the country put a temporary ban on international sporting events.

All being well, the season should pick up again Portugal on 21-24 May.

Elsewhere in the rallying world, next month's World Rallycross season-opener in Barcelona has been postponed. It is unclear if the Portugal event, following a fortnight later will suffer the same fate. The Titans Rallycross Europe series season is also on hold, and won't make a planned trip to Canada this year in order to free up space for postponed rounds.

What is happening with NASCAR?

NASCAR tried desperately to continue its current season as planned by staging this weekend's Atlanta race and next weekend's Homestead-Miami event behind closed doors.

But, as the United States government finally declared COVID-19 a national emergency, these plans have been scuppered. It is unclear what will happen going forward, and it's hard to imagine the 29 March Texas race going ahead. As it stands, it currently retains its calendar slot.

When will IndyCar resume?

The 2020 IndyCar season won't be getting underway until at least May, after the series called off its first four events in St Petersburg, Barber Motorsport Park in Alabama, Long Beach and the Circuit of the Americas.

There was hope the season-opening round this weekend in St Petersburg would get underway, after it was initially announced that it would take place behind closed doors, while track action for IndyCar would be restricted to just Saturday and Sunday.

How will coronavirus affect other international events?

Although DTM has made no changes to its race calendar thus far, it has cancelled the pre-season test expected to take place from 16-19 March at Hockenheim.

Originally set to take place in Monza, the test was moved to Germany as Italy faced a nationwide lockdown, and would not be open to spectators.

The World Touring Car Cup has cancelled its opening round at the Hungaroring, due to take place on the 24-26 April, as Hungarian government measures banned gatherings of more than 500 people until further notice.

In Japan, the Super Formula season opener due to take place on 4 April was also postponed, while the SUPER GT series organisers are confident of staging the season opener on 11-12 April at Okayama.

At present both major international motorcycle road races - the North West 200 in Northern Ireland and the Isle of Man TT - are set to go ahead as planned.

NW200 organisers issued an update last week insisting as much, while the Isle of Man government says no decision on this year's TT has been made yet, but that preparations are still going ahead.

Has the British Touring Car Championship been cancelled?

On 13 March, the British Touring Car Championship released the following statement, stating that all rounds will go on as normal unless a change in circumstances occurs.

"Further to the government's updated advice, TOCA confirms that its forthcoming BTCC events are planned to go ahead as scheduled," the statement read

"Our position follows the UK government's announcement yesterday that no restrictions on outdoor events are being introduced at this time.

"It also reflects the overwhelming desire of the BTCC teams, our fans and the circuits for the events to take place - unless of course a change in circumstances subsequently dictates otherwise.

"We will continue to work in close collaboration with the circuits to ensure our events are held in as safe an environment as possible, for all personnel and fans who attend."