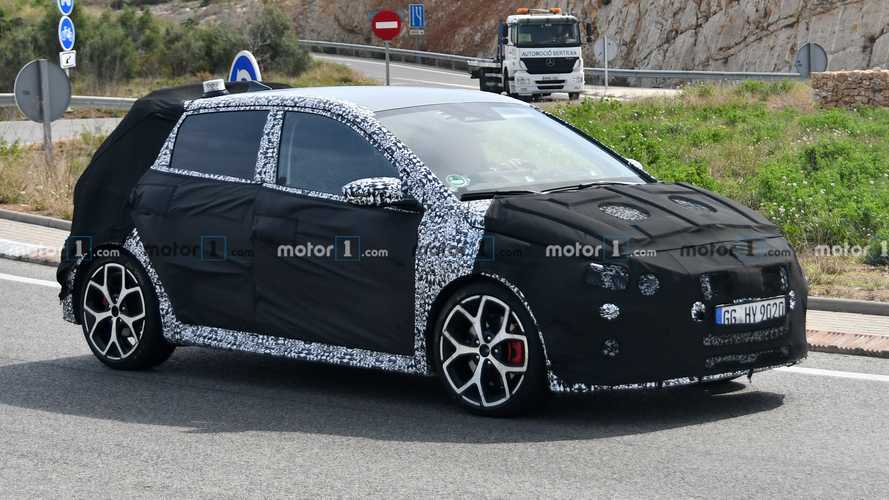 Despite the heavy camo, it's pretty obvious we're dealing with the performance version.

It was at the beginning of the month when Hyundai “accidentally” released a teaser video of the i20 N before taking it down from YouTube, and now our spies have captured on camera the forthcoming hot hatch. While it doesn’t have the same turbine-styled alloy wheels of the supermini featured in the video, the shoes it wears are still rather large to denote we’re dealing with the performance version.

There are additional clues leading us to believe it’s a step up from the regular 2020 i20 that was supposed to make its public debut last week at the Geneva Motor Show. The most obvious signs are the beefier brakes and a dual exhaust system, while the chunky roof-mounted spoiler hiding underneath the camo reminds us of the aforementioned teaser.

This is actually the first time the i20 N has been spotted with the production body as our previous encounter with South Korea’s answer to the Ford Fiesta ST was in May 2019 when we caught a test mule carrying the previous-generation model’s body. Coincidentally (or perhaps not), that one had the same wheels and red brake calipers along with the dual exhaust and a stiffer suspension setup that lowered the prototype’s ride height.

While some are suggesting the i20 N will use a de-tuned version of the i30 N’s turbocharged 2.0-litre engine, we’re inclined to believe it will be powered by Hyundai-Kia’s 1.6-litre T-GDi mill. It produces 201 bhp and 265 Newton-metres (195 pound-feet) of torque in the Ceed GT, which would be some healthy numbers for the VW Polo GTI competitor.

More N models are in the pipeline:

An official reveal will probably take place in the second half of the year, with the Paris Motor Show in October being a suitable venue for Hyundai to host the i20 N’s unveiling. It should go on sale in Europe either by the year’s end or early 2021 to join an expanded “N” portfolio that will include the already spied Kona N and possible full-fat N variants of the next-generation Elantra and Tucson.