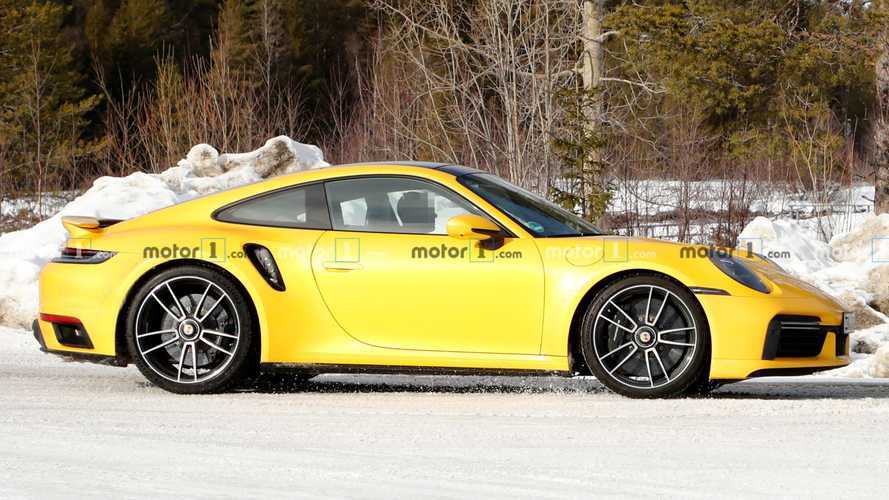 It looks pretty in a winter wonderland.

Porsche presented the most powerful 911 Turbo ever on March 3 at a special event with ex-F1 driver and brand ambassador Mark Webber. The German company released just nine official press photos which gave us a proper look at the sports coupe from all angles.

Just a few days after that, our spies caught a prototype of the model wearing a modified spoiler and now we have a new batch of shots, showing the new Turbo S in all its glory on a public road.

We believe this is still a pre-production prototype of the new 911 Turbo S and Porsche is probably making some final tweaks to the hardware before the model is delivered to customers in late 2020. It’s a yellow car with all the production bits and not a centimetre of camouflage. It’ll be interesting to see what name the automaker will give this exterior hue, which was simply known as Speed Yellow in the past.

The new range-topper in the 911 series is a huge departure from the outgoing model. Porsche calls it the most powerful 911 ever and that’s thanks to a huge power boost from the previous-gen's 580 bhp to 640 bhp, and from 553 lb-ft to 590 lb-ft of torque. Routed through an eight-speed automatic and reaching all four wheels, the output is enough to propel the two-door Porsche from a standstill to 62 miles per hour in just 2.6 seconds in coupe form.

See it from all angles: