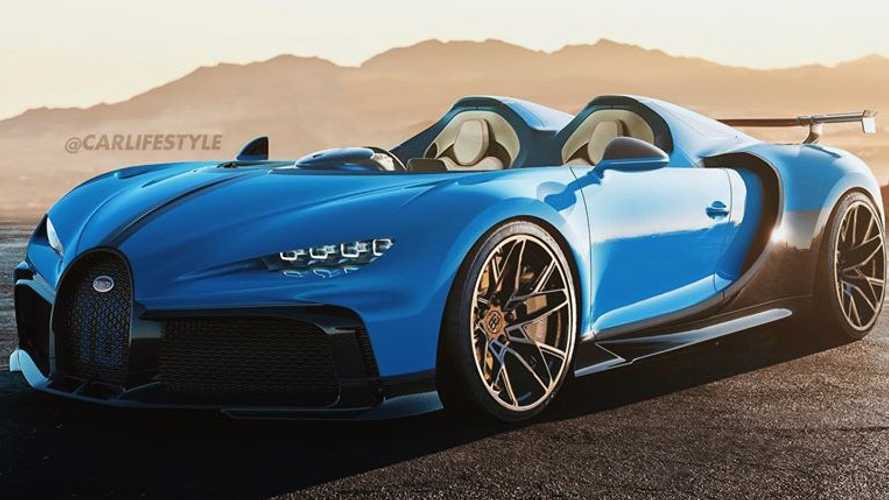 In case you want wind blasting your face at 250 mph.

Bugatti recently admitted the days of the clay models are now over because digital models are more accurate, as well as cheaper and quicker to produce. The French bespoke automaker has been using VR technologies since 2016 when it started designing additional Chiron variants and it’s safe to assume it will continue to do so in the future.

We can only hope the exotic car manufacturer will take inspiration from independent designers who create wild projects based on the existing Bugatti supercars.

Take for example this virtual drawing. It comes from the Carlifestyle page on Facebook and depicts a Speedster version of the recently introduced Chiron Pur Sport. In our eyes, it looks stunning and adds that final touch of exclusivity with its open-top configuration. The only thing we’d change is the pair of side mirrors which would probably look better with a bit of downsizing.

We can only imagine how special a Speedster version of the new supercar could be given the highly limited production run of the “regular” Chiron Pur Sport of just 16 examples, each wearing a price tag of €3.2 million excluding VAT, or £2.8 million at the current exchange rates. Unfortunately, we doubt Bugatti has plans to bring anything close to this rendering into production but we bet there are more limited edition Chirons coming.

Obviously, the closest thing to this rendering you can actually get is the Chiron Pur Sport coupe. Bugatti hasn’t confirmed whether the planned 16 examples are already pre-ordered but if you really want one, it’s a smart move to act fast. These are selling like mad these days.