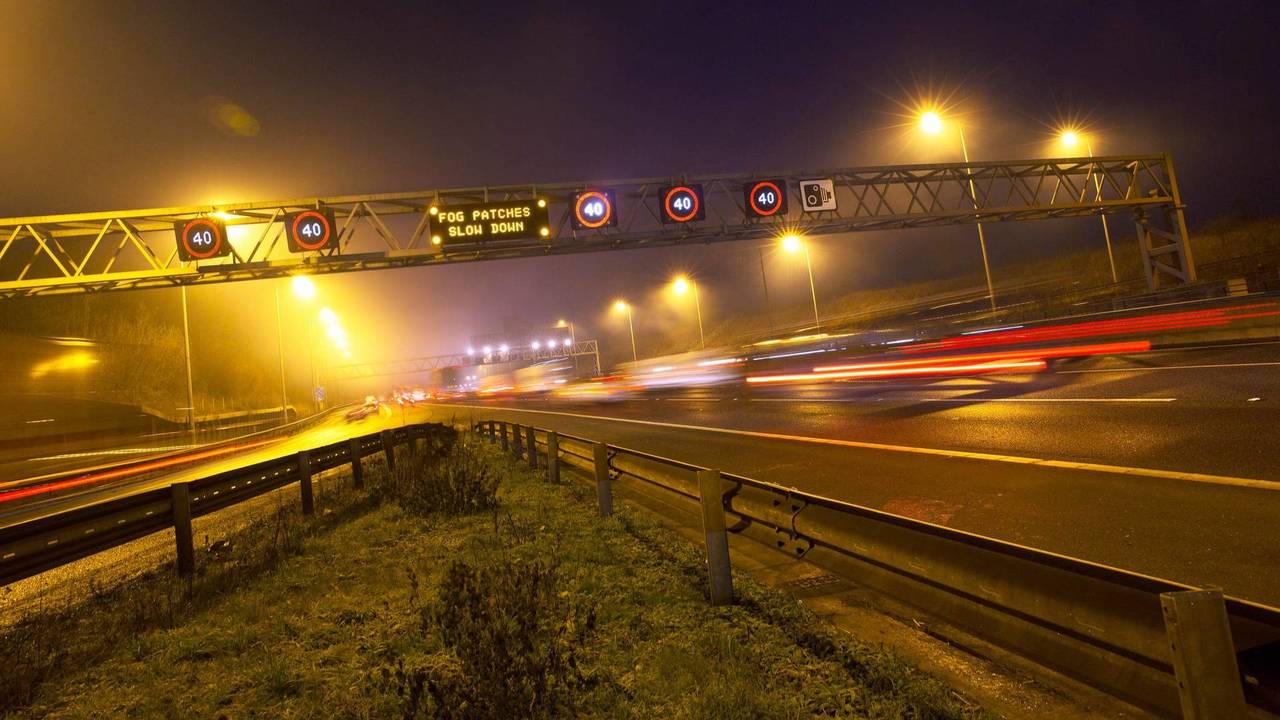 But the RAC expressed concern it may not be enough.

The government has revealed an 18-point action plan designed to “ensure smart motorways are as safe as possible”. The scheme, announced by Transport Secretary Grant Shapps, comes despite the minister saying smart motorways are “as safe or safer” than traditional motorways.

Nevertheless, a Department for Transport (DfT) statement said the government would make changes to smart motorways, which see the hard shoulder ditched in favour of a “live” running lane, increasing road capacity. The lanes are managed by CCTV cameras and overhead gantries, which can manage vehicle speeds through average speed cameras or close lanes if necessary.

In recent months, smart motorways have been subjected to much scrutiny, despite Highways England, the government-run organisation in charge of the country’s motorways and A-roads, coming out in their defence. As a result, Shapps said he would launch a “stocktake” to find out what should be done to improve safety.

Now that is complete, Shapps has launched a scheme comprising a host of changes, which he says will “raise the bar” for safety on smart motorways. Among those modifications are plans to remove part-time, “dynamic” hard shoulders to eliminate confusion, and the roll-out of stopped vehicle detection to help close lanes if a vehicle breaks down.

At the same time, the government will also reduce the distance between emergency lay-bys to three-quarters of a mile “where feasible”, with maximum spacing of one mile in other areas. And another £5 million will be ploughed into national, targeted communications campaigns to increase drivers’ “awareness and understanding” of smart motorways.

The news comes alongside a report into the safety performance of all-lane running motorways, which concluded that the system was, in fact, showing “strong safety performance”. The Highways England study showed a “statistically significant improvement in personal injury collision rate and casualty rate”, as well as an “absolute reduction” in the casualty rate of 28 percent. Overall, the study, which evaluated nine all-lane running schemes, said: “Against a background of increasing flows, the safety objective has been met.”

However, Shapps said the government needed to build public confidence in smart motorways.

“I’ve been greatly concerned by a number of deaths on smart motorways, and moved by the accounts of families who’ve lost loved ones in these tragic incidents,” he said. “I commissioned an urgent stocktake of smart motorways to provide a clearer picture of their safety and make recommendations on next steps. I envisaged it to be swift, but during the course of our investigations a complex picture emerged – which warranted further work.

“That work has now concluded and overall, evidence shows that in most ways smart motorways are as safe as or safer than conventional ones. But I am clear that there is more we can do to raise the bar on smart motorway safety. The extended package of measures I have set out will help rebuild public confidence in our motorway network and ensure that safety is firmly at the heart of the programme.”

The RAC said the review was welcome, but was cautious about whether the measures would help improve safety.

“While it is welcome that the government has listened to [the public’s] concerns and undertaken this review, it remains to be seen whether these measures go far enough to protect drivers who are unfortunate enough to break down in live lanes,” said the organisation’s head of roads policy, Nicholas Lyes. “The safe running of any smart motorway heavily depends on drivers being able to see and react to red X signage indicating where lanes are closed. We are disappointed that the review has not looked at the spacing of red X gantry signage as we believe in too many instances signs are spaced too far apart, increasing the possibility of drivers not seeing them.

“On the basis all lane running smart motorways remain the default, the commitment to install stopped vehicle detection technology on the whole network is a positive step, but a three-year timeframe will feel like an eternity considering the concerns many drivers have about all lane running schemes. This is somewhat compensated by the promise of more Highways England patrol officers on certain stretches of smart motorway, but a priority should also be to have more cameras and more staff in control centres to monitor the network.

“The government says it is considering a national programme for installing more refuge areas on the smart motorway network – we say that they should consider no longer and make it an absolute priority going forward. We also welcome the government’s commitment to allow roadside patrols and recovery workers to use red flashing lights – a step that we hope will improve the safety of roadside patrol and operators.”