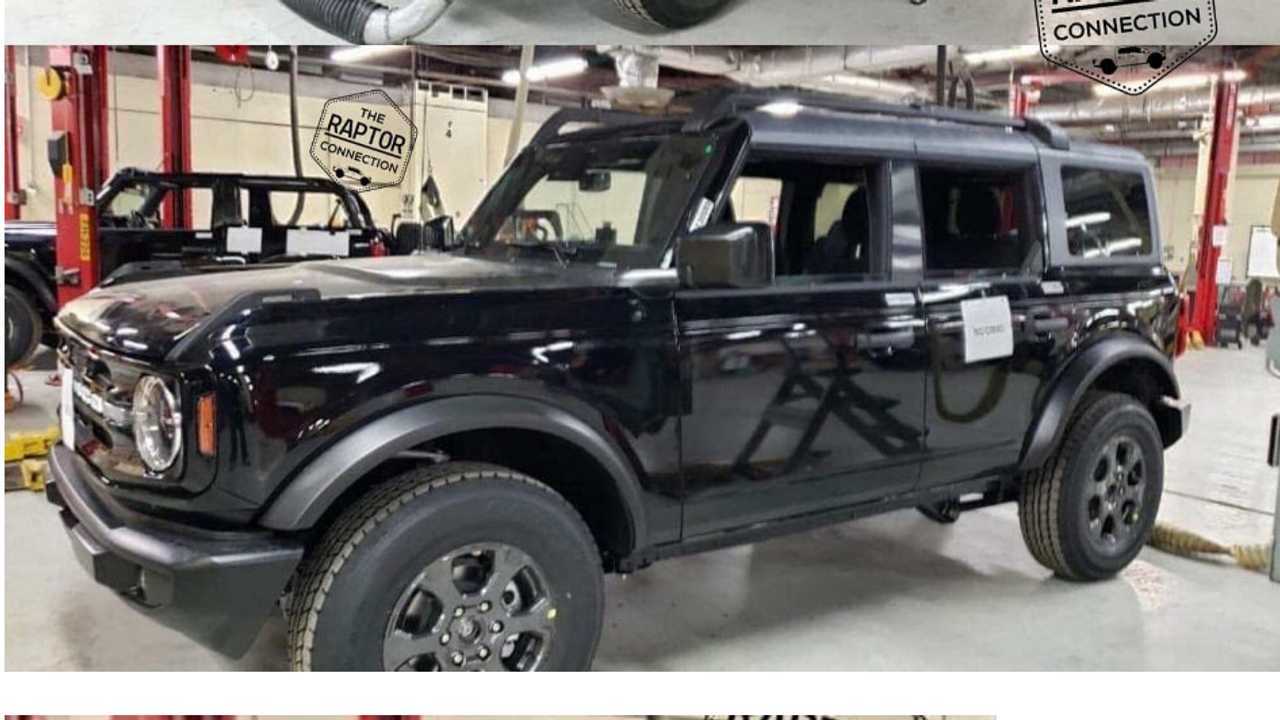 A few new details emerge from these photos.

It seems that the revived Ford Bronco is all over the web now. Following the leaked photos from earlier this week, depicting both the Bronco and the smaller Bronco Sport, two new photos provide an even more detailed look at the off-roader. The shots you see in the attached gallery below first appeared on the Bronco6G forum last night and were watermarked by The Raptor Connection.

What we see here is a four-door Bronco in black riding on less aggressive tyres than the previously photographed example. At the side, it does look a bit like the previous generation Land Rover Defender but the long bonnet builds a completely different appearance when looking at the front.

Speaking of the bonnet, two interesting things are now visible. First, there’s a gentle bonnet bulge that could hint at a large engine. Reports currently indicate the off-roader will get a 2.7-litre turbo V6 engine, mated to a 10-speed automatic gearbox.

Second, there’s a pair of handles that seem to be attached to the bonnet. Interestingly, the earlier photos of the Bronco suggested they are mounted on the fender wings. We have many theories about what these could be used for but one of them is the one we want to believe - the handles could actually be retro-inspired turn signals.

These two new photos also give us a good look at how big the side mirrors actually are. The front three-quarter shot shows the driver’s mirror from a very close distance - and it’s huge. There's also a topless two-door prototype hiding at the back.

Ford previously told us it is not commenting “on speculation or future products" but it’s safe to bet this is the real deal and we are actually looking at a completely undisguised pre-production example of the new Bronco. Do you like what you’ve seen so far? Let us know in the comments section below.