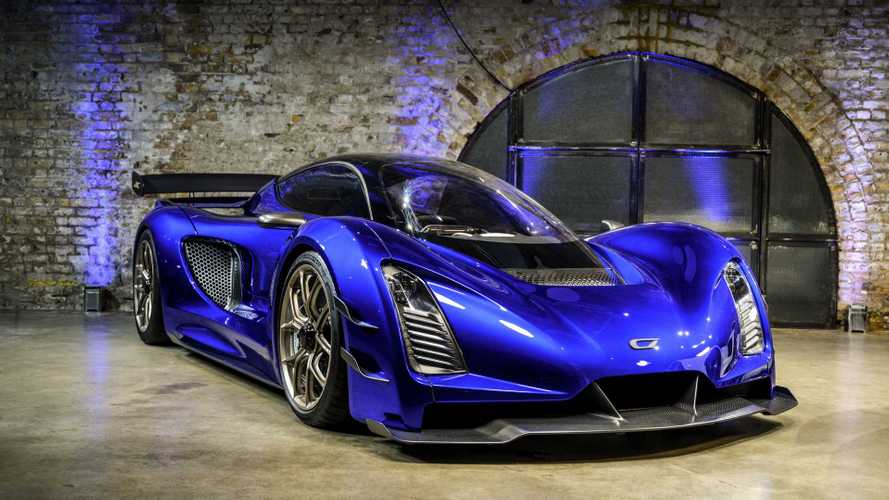 American supercar manufacturer Czinger unveiled its new 21C at an event in London this week, arranged in the wake of the cancellation of the Geneva motor show.

Streamed live, the event was the first public showing of the 21C, which is the first in a series of new performance cars from the company. The technologically-advanced car has been designed with weight in mind, allowing it to achieve a greater than 1:1 power-to-weight ratio.

The dry weight of the car is a mere 1,200 kg, while the car's Ferrari-sourced twin-turbo V8 engine develops 1250 horsepower – making it what the company describes as 'the world’s most power dense engine'. That allows the car to do 0-62 mph sprint in just 1.9 seconds and the quarter mile in 8.1 seconds, with a top speed in excess of 248 mph.

Every element of the car has been designed and built in-house, like the front upper control arm which is hollow with a three-dimensional internal structure and uses specially-chosen allows to enhance its functionality.

In a unique approach to supercar design, the 21C integrates the cooling, fluid routing, and exhaust sound management into the chassis itself, along with the traditional structural and safety systems. That's impressive on its own, but when you consider the entire chassis weighs just 120 kg, it's remarkable.

The Czinger 21C will next be on show at the Royal Automobile Club in Pall Mall, London, UK from Friday 13 to Saturday 14 March in an event that will be exclusive for customers.

Check out the global debut of the Czinger 21C in the video below: