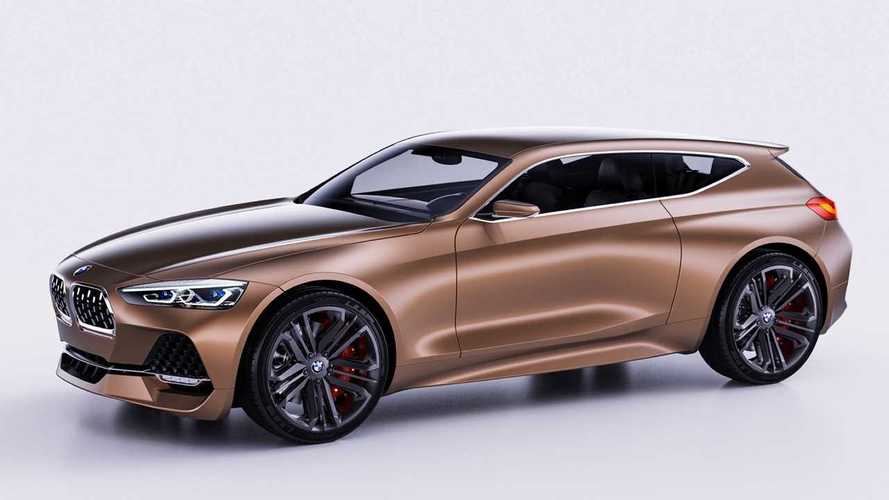 Not an oversized kidney grille in sight.

BMW's dual kidney grille keeps getting bigger, as evidenced by the latest i4 EV concept and our realistic rendering of the upcoming 4 Series coupe. Both of these concepts push the envelope of the brand's iconic look with grilles that take arguably too much real estate on the front fascia. No model is safe from the growing trend, it seems.

But two designers hope to curb this unruly expansion with a new concept. Dubbed the BMW Coupe, European graphic artists Vladimir Panchenko and Vitali Enes (by way of the website Behance) rendered their own svelte shooting brake with insane attention to detail, realistic proportions, and not an oversized dual kidney in sight. Had we not told you this was a render, you might mistake it for the real thing.

Panchenko and Enes started their project by reimagining early sketches of the X2. Rather than a compact crossover, though, the two artists spawned a low-slung shooting brake with sharp lines, and thankfully, normal-sized kidney grilles. No knock against the X2, but this rendering is a major improvement.

"The idea was to take something like X1 design and put it on a car with different proportions, like M3 E46 compact," Panchenko notes. "Then I thought maybe I should use another design as well, and for the references, I took sketches of the X2 from Sebastian Simm."

To that end, the Coupe concept blends the X1 and X2 crossovers exceptionally. It also offers some historical context with nods from the E46 M3 in its DNA, its designers say. And though U.S. buyers may be more interested in the high-riding X1 and X2 – thus making this concept sort of pointless as a real production model in the States – the Coupe would make a lot of sense in BMW's European lineup.

A look at BMW's future: