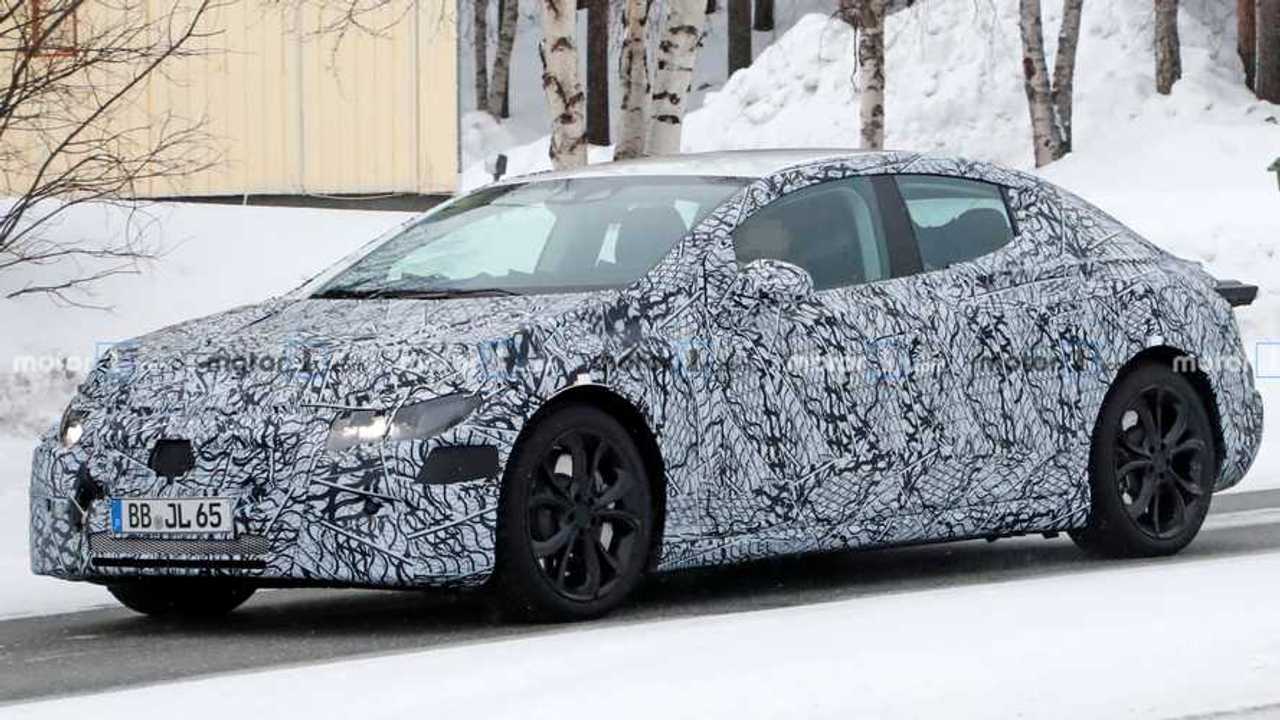 The camouflage makes it look a lot like the bigger EQS, but there are some differences.

Rumours of a Mercedes EQE have been swirling around the Internet for close to a year now, but it wasn’t until a week ago when a prototype was caught out in the open. While that electric test vehicle was seen in Germany, today we’re taking a trip to northern Europe where our spies laid eyes on this rather interesting car.

It may look a lot like the EQS, but those who actually saw the car in the metal are telling us the prototype was smaller than Mercedes’ future flagship EV. Some would be tempted to say the three-pointed star will sell standard- and long-wheelbase versions of the EQS, which we don’t know if it’s true, but the changes at the rear hint at an entirely different car.

Look closer and you’ll notice the third brake light sits at the bottom of the rear window as opposed to being at the top of the glass on the EQS. In addition, the EQE appears to have a regular boot lid whereas its bigger brother seemed to have a more practical liftback configuration in the same vein as the Tesla Model S.

The extra camouflage slapped on the rear windows leads us to believe the beltline will be different by gradually rising towards the rear, which would consequently mean a smaller greenhouse as the rear door glass would be smaller. Much like its bigger brother, the EQE appears to have pop-out door handles, although we’ve previously seen prototypes of the EQS with conventional handles as well.

Mercedes is working hard on EVs:

The front of the prototype looks rather ungainly, but that’s because there is additional disguise applied on top of the frunk. Much like the taillights, the headlights appear to be placeholders that will be replaced with the actual clusters once Mercedes will start testing near-production cars. Although not visible in these spy shots, the EQE is rumoured to boast four-wheel steering, air suspension, and safety features adapted from the GLE-based Experimental Safety Vehicle (ESF) unveiled in 2019.

Codenamed V295, the EQE will be a fully electric saloon representing the zero-emissions equivalent in size of the recently facelifted E-Class Saloon, but with an entirely different design and a platform entirely dedicated to EVs. Some say it will actually be a tad shorter than its combustion-engine cousin, but will offer S-Class levels of space inside the cabin. It’s said to come initially in all-wheel-drive guise with an electric motor for each rear axle, with the possibility of a sporty RWD variant to be added later on.

It is believed it will have more power and range than the EQC once it will debut sometime in 2022 when it will join other electric models carrying the three-pointed star – the EQA and EQB crossovers along with the EQV MPV.