Lined nose-to-tail, the cars would cover all of Britain's coastline.

The number of cars on UK roads has grown by more than 3.6 million in the past decade, according to figures from the Department for Transport (DfT). It’s a figure that’s caused the organisation representing councils to call for increased investment in road infrastructure.

Between 2009 and 2019, the number of licensed passenger vehicles on the roads of this country rose by 13 percent. Lined up nose-to-tail, that line of extra cars would stretch for more than 11,000 miles — enough to line the entire British coastline.

During that time, the Local Government Association (LGA) says the number of vehicle miles travelled on council roads each year has increased by more than three percent, while between 2009 and 2017, annual local authority expenditure on highways and road maintenance fell by 32 percent as a result of funding cuts and demand for other council services. As a result, the LGA says this massive increase in cars and traffic on our roads is contributing to problems with road surfaces, as well as affecting air quality, congestion and carbon emissions. 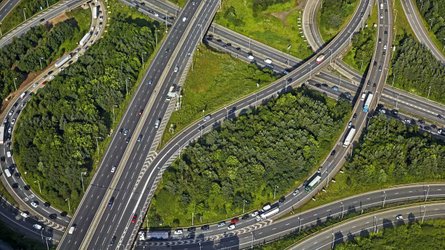 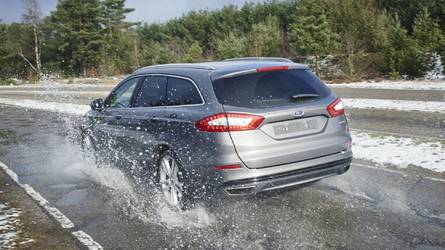 That, the organisation says, is why it’s calling on the government to reinvest 2p of existing fuel duty, worth around £1 billion a year, in local roads maintenance. This, the LGA claims, would help tackle the road repair backlog, which is estimated to need more than £9 billion of investment and 10 years of repairs.

The LGA’s call comes ahead of the spring Budget, which is expected on March 11. It’s new Chancellor Rishi Sunak’s first Budget, and the first to be launched under new PM Boris Johnson.

“The sheer volume of traffic on our roads has completely overtaken the amount councils are able to spend on local transport,” said Councillor David Renard, the LGA’s transport spokesman. “Councils need long-term funding certainty and investment so they can create safe and attractive cycling and public transport networks, and deliver a more resilient roads network.

“With the UK hosting the UN Climate Change Conference later this year, next week’s Budget is an opportunity for the government to demonstrate its commitment to tackling climate change and investment in reducing harmful emissions from transport, which is the single biggest contributor of carbon in the country.”

The news comes after the RAC also called for part of the government’s fuel duty revenue to be “ring-fenced” to help deal with the potholes that plague the nation’s roads. The RAC’s spokesman, Nicholas Lyes, said ring-fencing fuel duty was the “only hope of getting the UK’s local roads up to a standard fit for the 21st century”.