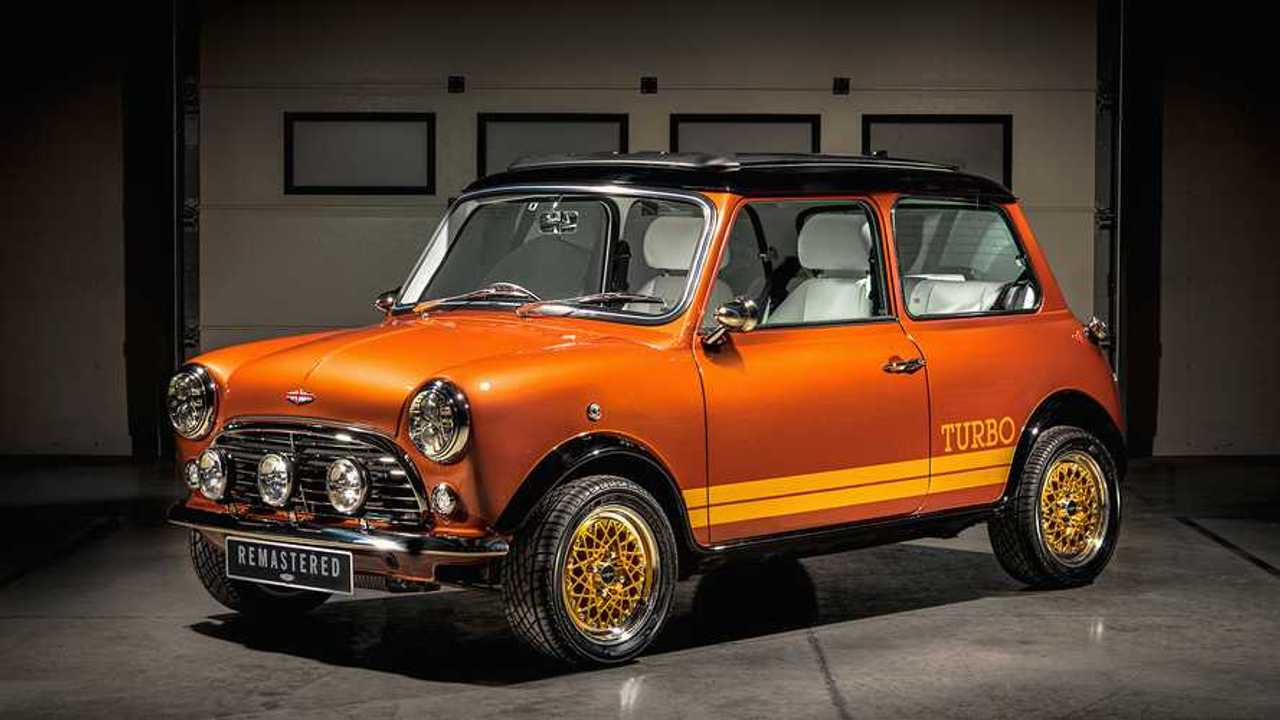 When James Bond hops into one of his vehicles you generally associate the super spy with an Aston Martin, Lotus, or maybe even a BMW, all festooned with ridiculous gadgets. What if one of those vehicles was a Mini? Wonder no more, as the masters of Mini restoration at David Brown Automotive have taken inspiration from Bond’s Lotus Esprit Turbo seen in the 1981 film, For Your Eyes Only.

Commissioned by television personality, Simon Cowell, DB Automotive started with the exterior of the car and did a fantastic job of matching the paint colours with the Esprit seen in the film. The hand-painted sahara gold turbo graphics beautifully compliment the copper glow exterior. While they did match the paint colours, the Mini masters also took some creative liberties in creating the exterior aesthetic. The roof and wheel arches were painted black to accentuate the gold and copper colours of the body. While the 13-inch wheels on the Mini are bespoke in size, they are painted in the same shade of gold as the graphics.

The front fascia of the car remains unchanged apart from updates to the front lights. While the classic aesthetic of the Mini still remains, the triple Cibie auxiliary lights and front headlights have been upgraded with LEDs. While this vehicle may appear to be a show car, it is equally capable as it is beautiful.

The interior of the Bond Mini is equally as impressive as the exterior. According to DB Automotive, a “panoramic sunroof opens to reveal a mini retreat, featuring a wood veneer dash in Dark American Burr Walnut; with a gloss lacquer to capture and distribute the sunlight throughout the year.” It’s mighty impressive, and the same classic/modern theme seen with the exterior is shared inside as well. Additional interior features include LED backlit gauges, a 7-inch touchscreen Apple CarPlay infotainment system, and a six-speaker stereo.

More about the Lotus Esprit: