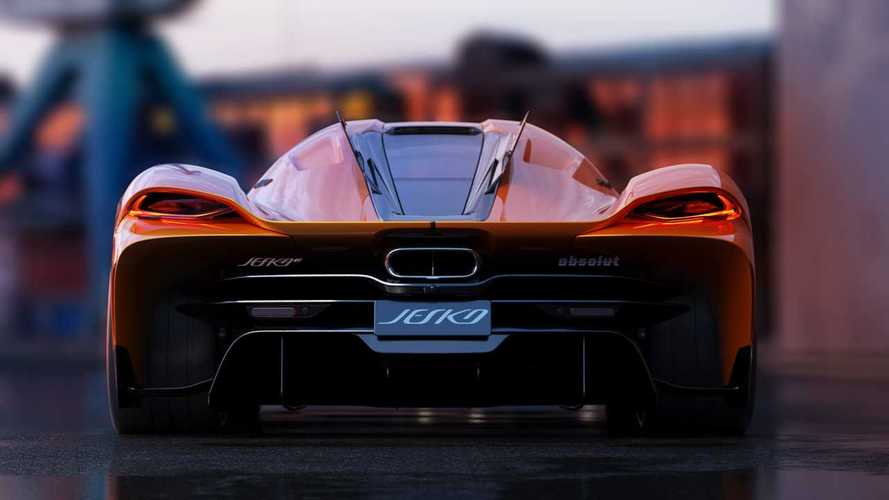 And it doesn't even need special tires to reach 531 km/h as the standard rubber can handle the extreme speed.

When Koenigsegg introduced the Jesko Absolut at the cancelled Geneva-Motor-Show last week, it didn’t specify the hypercar’s top speed. The Swedes only said their 1,600-horsepower machine will go down in history as their fastest production car ever as none of the future models will attempt to steal its top speed crown.

It’s obviously faster than the Agera RS with its already impressive 277.87 mph (446.97 kph) velocity, but the boutique hypercar marque doesn’t know for sure by how much.

Our colleagues at Road and Track were able to find out a bit more about the Jesko Absolut’s capabilities in terms of top speed by chatting up with none other than Christian von Koenigsegg. Computer simulations showed the car can theoretically get up to 330 mph (532 km/h) after taking into account the drag coefficient of only 0.278, the immense power provided by the twin-turbo 5.0-litre V8 and how it’s delivered through the rpm range. They also factored in the frontal area as well as the gear ratio of the nine-speed automatic transmission, which Koenigsegg says it can go through gears “in virtually zero time from any gear to any other gear – regardless of how many gears are skipped.”

Hitting that mind-blowing speed in real life is a different situation as the company would need a long stretch of empty road to unlock an extra 26 mph (42 km/h) compared to the Bugatti Chiron Super Sport 300+ and its 304.77 mph (490 km/h) speed. R&T asked Christian whether the three-mile runway in Florida at the Johnny Bohmer Proving Grounds would be long enough, but Koenigsegg’s head honcho said the Jesko Absolut would probably only achieve approximately 85 percent of its top speed. Doing the maths, it would likely hit “just” 280.5 mph (451 km/h).

Ideally, the Jesko Absolut would have to travel to Germany at the Ehra-Lessien proving grounds for a top speed run, but that private testing facility belongs to the Volkswagen Group. With Bugatti being a member of VAG, it wouldn’t make a lot of sense for them to put the Chiron’s record in jeopardy by granting Koenigsegg access to the high-speed circuit where there’s a 5.4-mile (8.7-kilometre) straight.

The need for speed:

Nevertheless, Christian von Koenigsegg estimates the Jesko will embark on a top speed attempt within a year, and he’s not concerned about whether the tyres will withstand such extreme velocities. In-house testing of an Agera RS with the standard tyres of the latest hypercar revealed the rubber was able to withstand a speed of 330 mph for a full minute without any problems. Michelin was there when they tested the tyres, and they were actually surprised by the outcome: “They didn't believe their eyes. How kind our cars are to their tyres.”

As a final note, it’s worth mentioning Hennessey with its Venom F5 and SSC North America the Tuatara are also interested in dethroning the Chiron Super Sport 300+, but we’ll have to patiently wait for them to have a go at beating the all-conquering Bugatti.