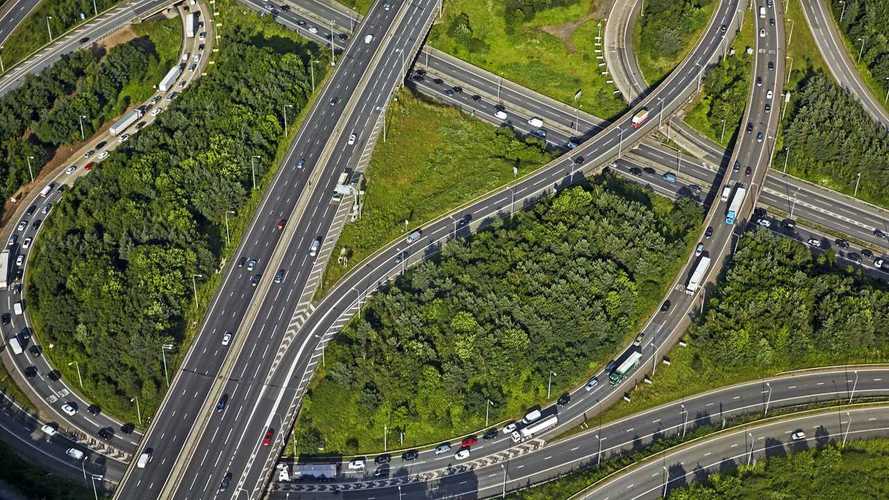 The RAC is calling on the government to take action

Around six in every 10 UK drivers want the government to ring-fence part of the fuel duty revenue to help maintain roads, according to a new study. The news comes ahead of the Chancellor's Budget, which is scheduled for March 11.

The RAC is calling on Chancellor Rishi Sunak to set 2p of the fuel duty charged on each litre of petrol and diesel aside to "bolster spending on the country’s crumbling local road infrastructure". The motoring organisation made the call after 59 percent of the 3,200 drivers it surveyed claimed to support the idea.

In fact, motorists seem so keen on using fuel duty to maintain the roads that only a quarter (26 percent) of those questioned said they wanted to see fuel duty reduced by 2p per litre. However, just 10 percent want to see the tax increased.

But motorists appear to be relatively pessimistic about the future of the tax, with more than four in 10 (42 percent) expecting to see an increase when the Budget is announced. Just six percent expect the Chancellor to cut the tax.

RAC head of policy Nicholas Lyes said the organisation thought ring-fencing a proportion of fuel duty was the "only hope" of fixing the nation's damaged roads.

“What the government decides to do with fuel duty is always the subject of much speculation before each Budget, and this year is no exception," he said. "But the Chancellor might be interested to discover that more than twice the proportion of drivers want to see it kept at its current level compared to those who want to see it cut, so long as he commits to ring-fencing fuel duty to fix the country’s local roads.

“The maintenance of England’s ‘strategic’ roads – motorways and major A-roads – has guaranteed investment in the form of the National Roads Fund, where part of the funds raised through ‘car tax’ (Vehicle Excise Duty) are ring-fenced. But we’ve said consistently that no such system exists to help better maintain the thousands of miles of roads under local authority control, which isn’t right given the importance of these roads. With one of the wettest Februarys ever recorded fresh in the minds of so many motorists, we’re concerned we’re on the verge of yet more pothole misery come the spring if action is not taken soon.

“We believe the only hope for getting the UK’s local roads up to a standard fit for the 21st century is by ring-fencing a small proportion of the tax drivers already have to pay every time they fill up – and from our survey it’s clear most drivers agree. We really are hoping for some fresh thinking on this from the Chancellor in his Budget.

“It’s also vitally important that the Chancellor retains, or ideally improves upon, the financial support available to make electric vehicles the first choice for drivers when they next change their car. With a ban on the sale of petrol and diesel cars coming by 2035 if not earlier, now is the time for the government to show motorists it is serious about helping them make the switch – especially as the default option for so many may be simply to stick with a new petrol or diesel vehicle, or even not change their vehicle at all. Already more than 160,000 drivers have gone electric thanks to the Plug-in Car Grant – but with 42 million people holding a full driving licence in the UK there remains a long way to go in encouraging many more of us to make the switch.”