This Bugatti hyper truck concept is the fastest fictional lorry 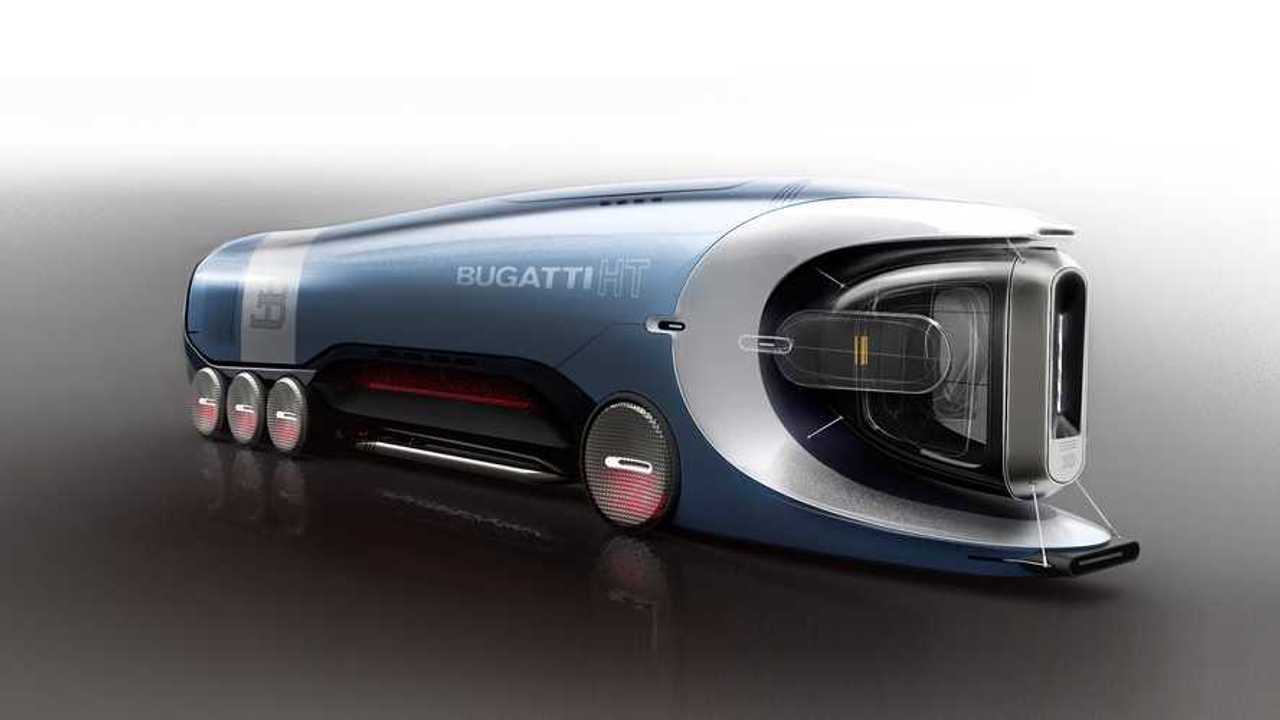 We can only imagine.

The French marque Bugatti is hard not to associate with speed. Ludicrous speeds, that is. The brand has made a name for itself by making cars with four-digit horsepower ratings and record breaking top speeds.

And these aren't just on paper – a purpose-built Bugatti Chiron "Longtail", which later officially became the Chiron Super Sport 300+ that is bound for production, has breached the 300-mile-per-hour barrier with a record-breaking top speed of 304.773 mph (490.484 kph).

Now, imagine if the French marque makes an articulated-trailer truck, or lorry, instead of exhilarating two-seaters. Prathyush Devadas of Chinese auto maker Dongfeng did so, and this Bugatti Hyper Truck Concept on the gallery above was how he imagined a Bugatti lorry would look like.

To keep the distinct Bugatti design, Devadas gave his rendering of the French semi the iconic "C" line at the front of the lorry. Interestingly, the cab looks to be suspended inside the "C," which gave it a front chin bumper that could sweep whatever it is in front of the massive raging truck.

Lorry concepts are fun to imagine:

To be able to support the weight of the payload, the Bugatti Hyper Truck Concept comes with four pairs of wheels. The trailer, however, looks a bit too curvy to maximise payload volume. So, if ever Bugatti ever considers making one, the company should keep the back end a bit conventional for the articulated-trailer truck to serve its purpose.

However, the idea of a Bugatti lorry may be far-fetched for now, as the marque is busy making derivatives of its Chiron, but we won't know what the future holds. Imagine a 300-mph lorry on the motorway. Isn't that horrifying? We can only just imagine. For now, at least.