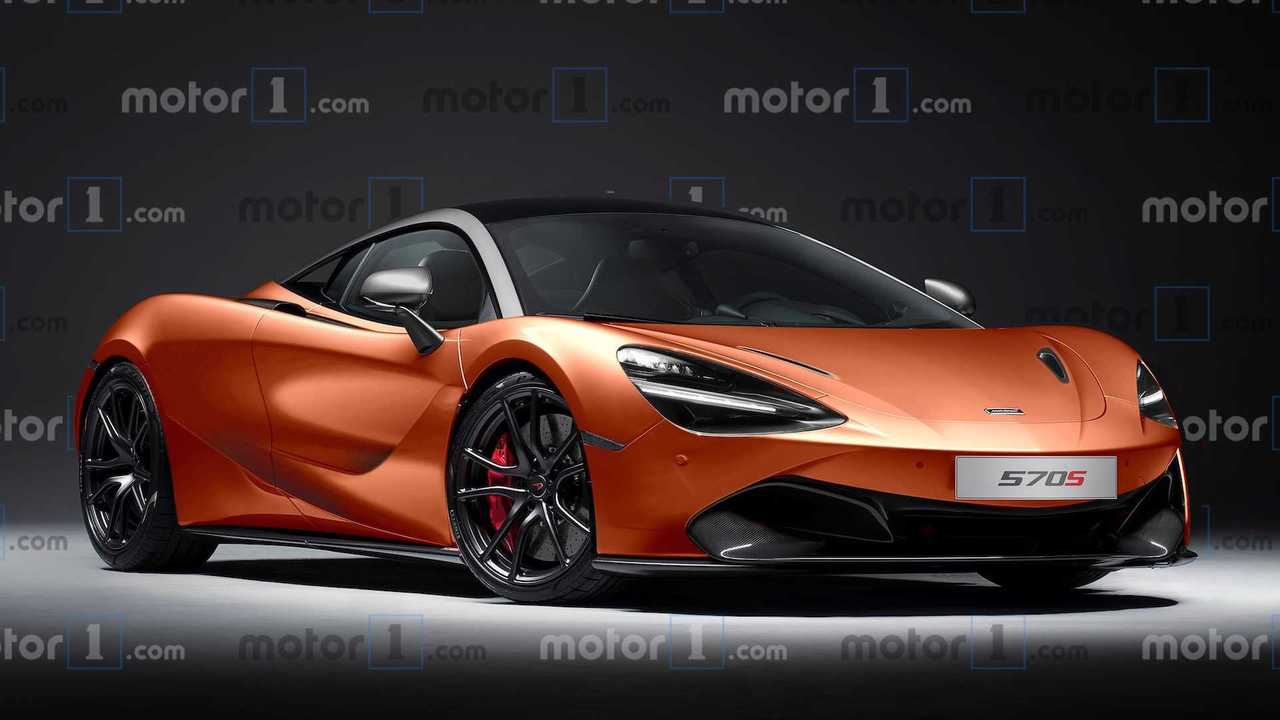 This rendering takes a realistic look at what we should see down the line.

Recent spy shots tell us that a replacement for the McLaren 570S is on the way, and our photos even provide a glimpse of the complete vehicle on the development car's digital instrument panel. We handed that grainy image over to our rendering artist to blow it up into something where more details were visible.

The still-unnamed new McLaren has a mashup of design cues, including the intakes under the headlights from the 720S and smoother nose from the GT. From behind the A-pillar, the styling takes more inspiration form the 720S by featuring a sculpted appearance.

You can compare the artist's creation (above) to the leaked photos from the development vehicle's instrument panel (below).

The spy photos showed the car on the road included a "Hybrid Prototype" decal on the rear quarter panel that hinted at the powertrain hidden under the body panels. This is likely a variant of McLaren's twin-turbo V8 but with an added boost coming from at least one electric motor. This marks the first time that buyers can get a model in the brand's entry-level Sports Series line that has electrical assistance.

What we know about this next-gen McLaren:

The setup should boost the total horsepower output while also improving emissions during normal driving, which is increasingly important for meeting regulations around the world.

A precise debut date for the 570S successor isn't yet available. The brand is still keeping the line fresh with variants like the 620R, so Mclaren doesn't seem to be in too much of a hurry to replace the existing vehicle. Don't look for deliveries of the next-generation model to begin until 2021 at the earliest. However, the unveiling of the car could happen in very late 2020 or sometime the following year.