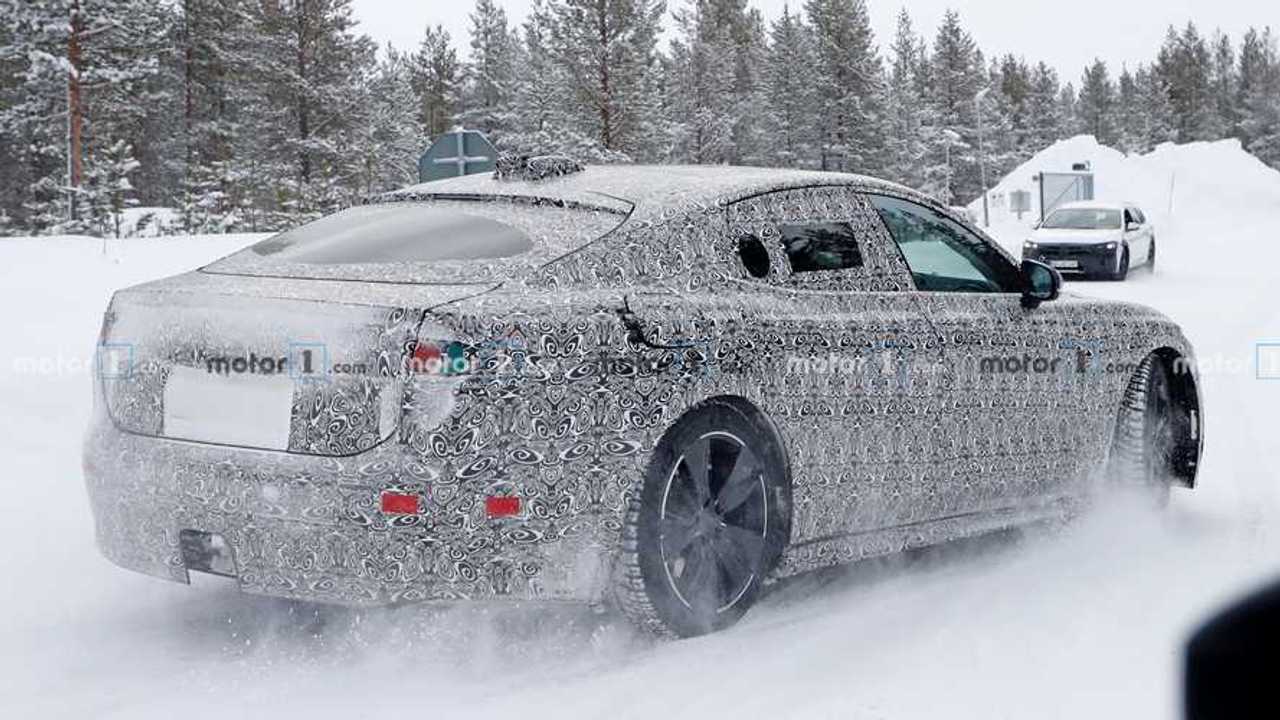 The way the roofline tapers towards the rear is even more dramatic than what the old XJ had.

We first saw the all-new Jaguar XJ almost two months ago as a test mule hiding underneath the body of a modified XF. Our spies are now back with a much better set of images as they’ve managed to get up close and personal with the next generation of the fullsize luxury saloon carrying what we believe is the production body. Some would be tempted to say it’s the old XJ, but there are quite a few differences.

For starters, the heavily sloped roofline is even more dramatic than it was on the previous model and it lends the new XJ a sleeker side profile. You can tell this is the all-new car by looking at the beltline, which gently goes up starting with the middle of the rear door whereas on the previous XJ is completely flat. In addition, the traditional door handles have been replaced by pop-up handles as seen on the I-Pace electric SUV, while the fuel cap has a different shape and now sits above the rear wheel.

We’re not sure the new XJ has a quarter glass anymore due to the accentuated coupe-esque profile, and even if it does, it’s likely smaller than what its predecessor had. Speaking of glass, you will notice a small one was added at the base of the A-pillar where the side mirror used to sit, but on the next-gen model it’s positioned slightly lower on the door.

The horizontal taillights extending onto the tailgate are a telltale sign this isn’t the old model as that one had a set of vertical clusters only on the rear quarter panels. The boot lid appears to be flatter than before and could be a tad shorter, while at the front, the fully camouflaged front fascia only gives us a vague idea about the LED headlights. We’ll be waiting for Jaguar to take off some of the disguise in the months to come so that we’ll be able to take a better look at what is shaping up to be an attractive saloon.

Refresh your memory about the old XJs:

Check out the Jaguar XJ interior's evolution across all 8 generations

Now that we’ve established we are indeed dealing with the new XJ, the reason why you’re not seeing an exhaust is that Jaguar’s flagship saloon will do without combustion engines for its next generation, at least initially. The large-and-in-charge range topper was teased during the Land Rover Defender’s premiere at the Frankfurt Motor Show last year and will ride on JLR’s new Modular Longitudinal Architecture (MLA). It might get a six-cylinder petrol engine later in the life cycle, according to an undisclosed source to the company cited by Automotive News Europe.

When the all-new Jaguar XJ will debut later this year, it will not only have to go up against the Tesla Model S, but also the Porsche Taycan, Mercedes EQS, and the Audi E-Tron GT we caught testing just yesterday.