New Mercedes-Benz GLA goes on sale in the UK 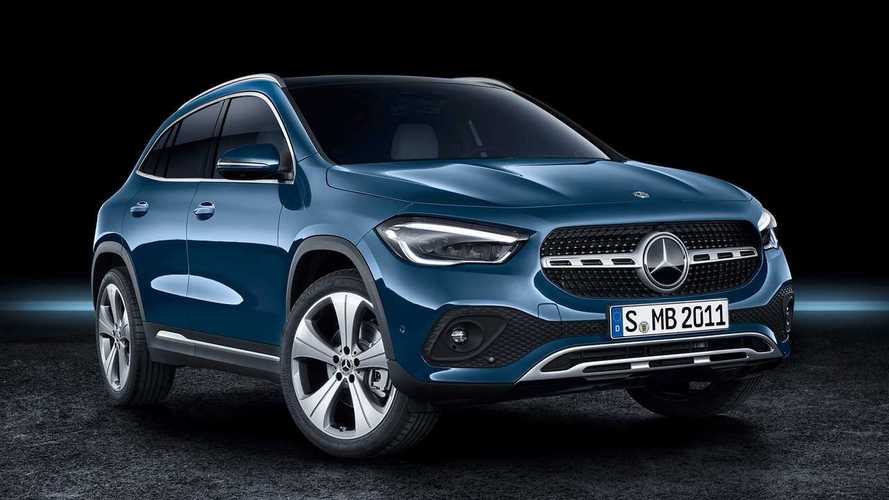 The new, second-generation Mercedes-Benz GLA small SUV is on sale now with the first deliveries scheduled for the summer. Priced from £32,640, the newcomer will be offered with a choice of four engines and six trim levels.

For that money you get the entry-level Sport trim, which is denoted by its 18-inch alloy wheels, LED headlights and aluminium roof rails. Inside, you find the new MBUX multimedia system with a seven-inch touchscreen media display, as well as a seven-inch digital cockpit and a two-zone automatic climate control system.

More on the new Mercedes-Benz GLA:

Further up the range, you’ll find the Sport Executive model, which comes with the same choice of engines, but adds a few extra goodies. Front and rear parking sensors are included in the £34,140 starting price, along with wireless phone charging, smartphone integration and a larger 10.25-inch central media display.

Climbing higher still gets you the AMG Line car, although it’s no more expensive than the Sport Executive. That said, it swaps the features of the Sport Executive with some sporty styling details, in the shape of 19-inch AMG alloy wheels, privacy glass and the AMG bodykit. Inside, you get part-leather, part-microfibre seats with red contrast stitching and carbon-structure trim on the dash.

You do get a greater choice of engines, however. The 200 and 200 d are both on offer, alongside another petrol and another diesel. The petrol wears the ‘250’ badge, and it’s a 2-litre unit that churns out 221 bhp. Like the 200 d, it comes with an eight-speed automatic gearbox.

All four engines are offered with the AMG Line Executive trim level, too. That starts at £35,640, and as with the Sport Executive, it adds front and rear parking sensors, smartphone integration and the 10.25-inch central screen.

If you want more, you’ll have to go for the AMG Line Premium, which benefits from a 10.25-inch digital instrument cluster, keyless entry and augmented reality navigation, which takes an image of the road ahead and overlays directions on the screen. Alternatively, you can opt for the AMG Line Premium Plus, which includes all that, plus a panoramic sunroof, memory seats, and upgraded headlights. It does come at a price, though. £38,640, to be exact.