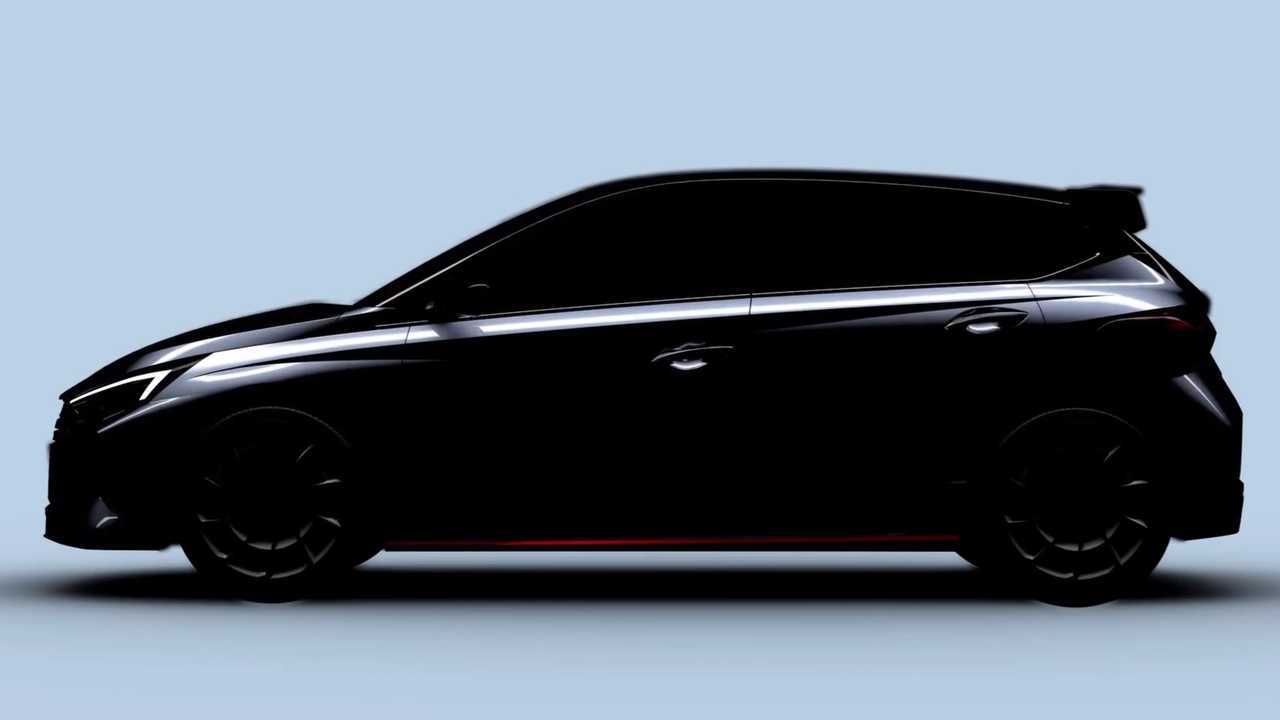 Unless it's the all-show-without-the-extra-go i20 N Line.

Hyundai unveiled the all-new i20 about three weeks ago and wanted to bring it over to the Geneva Motor Show this week to share the spotlight with the interesting Prophecy concept. The Coronavirus outbreak in Europe ruined the company’s plans as the show was cancelled, so we’ll have to wait a bit more to see the revamped supermini in the metal. That said, the South Korean marque isn’t wasting any time as it appears a sporty version is right around the corner.

A short video posted on YouTube by Hyundai Austria and other regional YT channels of the manufacturer show design details of the new i20. That’s not particularly exciting since we’ve seen the car in full already, but right at the end of the video, a shadowy side profile of the subcompact hatchback hints at something interesting.

You can tell right away that the wheels have a different design and appear to be larger than the ones shown already, but it’s that red horizontal strip on the side skirts that leads us to believe it’s either the i20 N Line or the full-flat i20. The bonnet also seems to be slightly taller – maybe to fit a larger engine? – and we’re certain the roof spoiler at the back is bigger than on the regular version.

It would make sense for the N Line model to come out first, but something tells us we’re actually looking at the range-topping N model to fight the Ford Fiesta ST, Volkswagen Polo GTI, and the Toyota GR Yaris. After all, Hyundai has been testing it for quite a while seeing as how we shared spy shots back in May 2019 when a test mule carrying the body of the previous-generation i20 was seen with some sporty upgrades.

See the standard i20:

2021 Hyundai i20 debuts with new design, tech, and mild hybrid

The top-of-the-line engine for the time being is a turbocharged 1.0-litre petrol three-pot with just 118 bhp, but the i20 N should get an extra cylinder and probably somewhere in the region of 200 bhp to better compete with its segment rivals. Suspension and chassis tweaks are on the menu to make the i20 a fully fledged hot hatch, with bigger brakes and visual revisions also planned.

The i20 N should come out later this year and will be followed by a next-generation Tucson N as Hyundai is looking to expand its performance car portfolio.