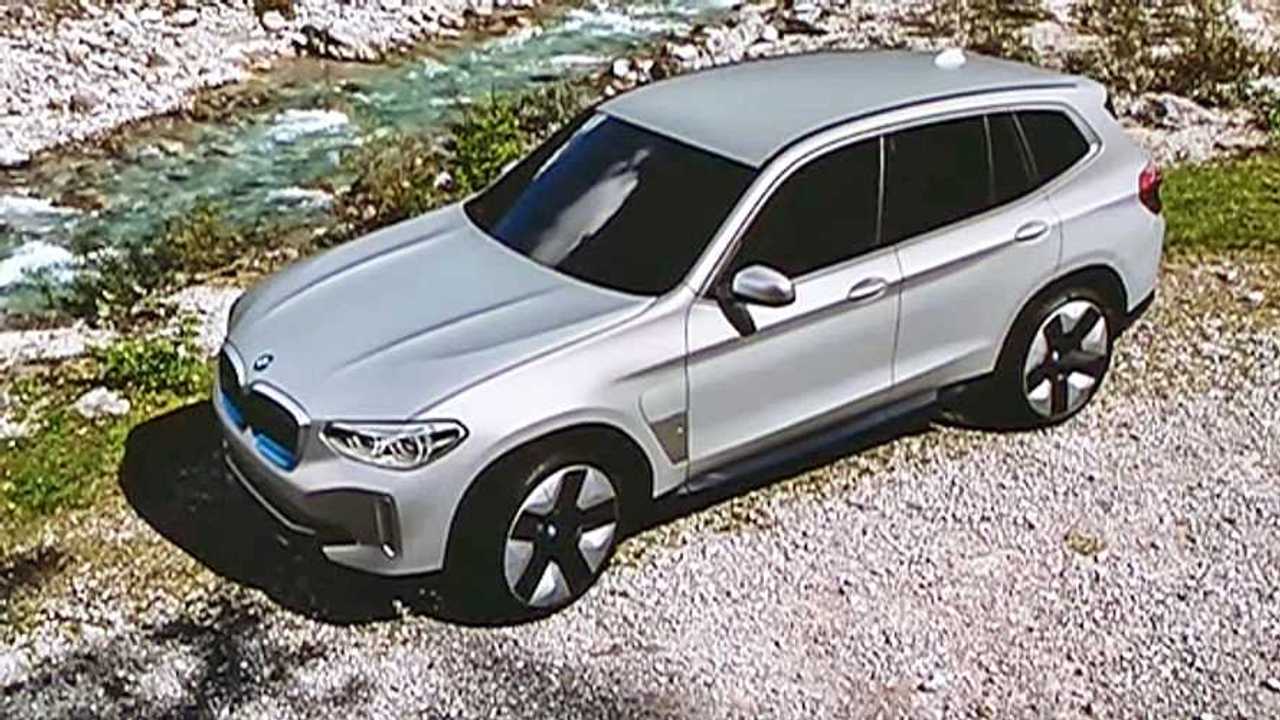 We get a sneak peek at its design.

BMW previewed the first all-electric model it is adding to its range with the Concept iX3, which it revealed at the Auto China 2018 motor show, in Beijing. This not only confirmed that the automaker was going to make an all-electric variant of its popular third-gen X3 SUV, but that this model would be focused on the Chinese market.

Now we already know that it will be built in China and then shipped to other markets, as well as its technical specifications, so the only unknown was what exactly it was going to look like. Well, its final production look has been revealed via a photo shown during the presentation of the Concept i4, the design study that previews the company’s second core range EV.

And it appears that the series production iX3 won’t differ much from the concept. It retains the wheels, as well a the panel on the front fender wing with the BMW i logo on it. The only major change seems to be the grille, which looks more conventional and closer to what the rest of the X3 range has.

The angle of the shot is not the best to allow us to tell how exactly it’s different, but it does appear that BMW has indeed altered its design. It looks like the two sides of the grille are individual and not joined in the middle like they were on the concept.

The iX3 is expected to make its market debut by the end of 2020, but since it’s being built in China, it will most likely reach European customers in 2021. It will first be available in Europe, where it will cost around €70,000.