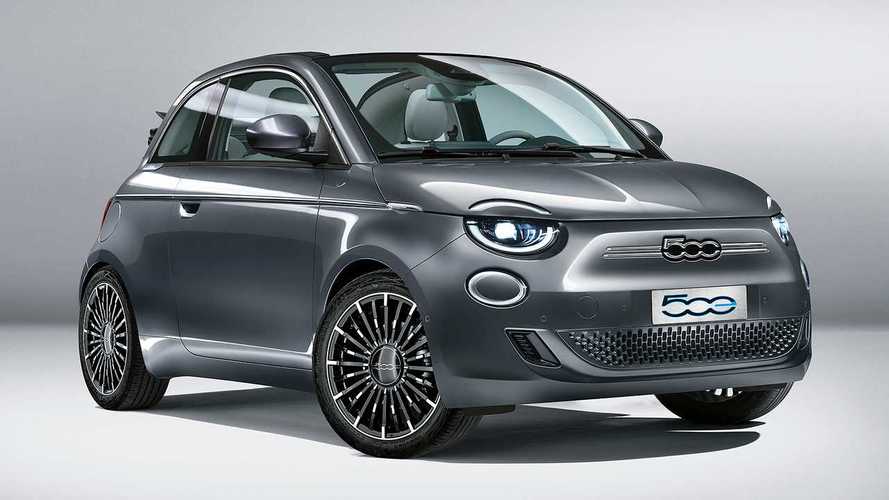 It's built from the ground up to be an urban EV.

A new era begins for the Fiat 500 with this, the new fully electric version that was designed from the ground up to be an EV. The Fiat 500e won't replace the current model, however. This is a completely new project and will be built in Turin, while the current-generation Fiat 500 with internal combustion power and hybrid powertrains will continue to be manufactured in Poland.

The timeless shape of the 500 is retained with the new model, but there are notable differences such as the thick roof pillars, the smooth bodywork, new LED headlights, and a fresh front fascia. The Fiat badge is also gone from the front, replaced with a large 500 badge in the grille. The rear is more rounded and the tailgate becomes more three-dimensional, thanks to the recess in which the plate is housed. The taillights create an E-shaped motif when illuminated to emphasise the electric nature of this runabout.

While its proportions look virtually identical to the current model, the new 500e is slightly larger overall. Length and width increase by 6 centimetres (2.3 inches) while the wheelbase is nearly an 2 cm (1 inch) longer.

There are innovations inside as well. The dashboard expands horizontally and integrates the 10.25-inch touch screen, as well as a series of buttons that resemble the keys of a piano. The instrument panel is replaced by a 7-inch digital screen. The steering wheel cut in the lower part and the area between the seats, and the flat floor offers a bit more interior space for passengers.

Dacia Spring Concept revealed with more than 124 miles of range

There's plenty of technology, too. The new Uconnect 5 multimedia system connects to the internet and is also accessible through a smartphone. The 500e is available with a range of driver-assist systems including automatic braking, blind-spot monitoring, lane-keep assist, and adaptive cruise control. Three driving modes are available: Normal, Range, and Sherpa – the latter of which severely curtails creature comforts and performance in the name of battery life.

Speaking of which, the new 500e uses a single electric motor with a 42 kWh battery pack to get around town. The motor develops 118 bhp (88 kilowatts) which Fiat says can send the 500e to 100 km/h (62 mph) in 9.0 seconds. Flat out, the electric Fiat will reach 93 mph (150 km/h) and if you're judicious with the throttle, it offers a range of 199 miles per Euro-spec WLTP standards. When it's time for a charge, the 500e can reclaim 80 percent of its range in 35 minutes using an 85 kW charger. Home-charging generally takes around 14 hours.

The new Fiat 500e can be ordered today in Euro markets, with a special launch edition available at a starting price of €37,500. 500 copies will be produced, each featuring LED headlights, eco-leather seats, 17-inch wheels, chrome exterior trim, and the full gamut of available driver assists. Pricing and availability in other markets will be announced at a later date. 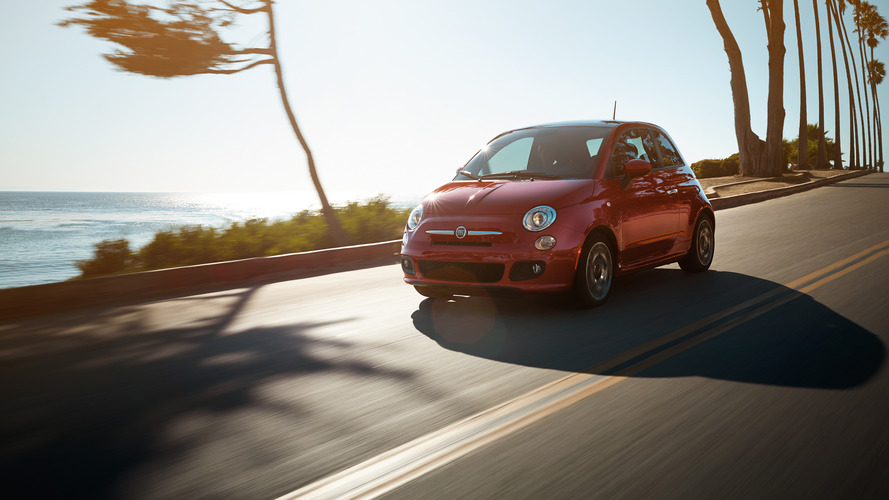 You can now get a name sticker for your Fiat 500