Aston Martin is celebrating 70 years of the iconic Vantage nameplate in 2020, a name that has adorned more than a third of the cars produced by the British manufacturer to-date.

The story began right near the start of the 'DB car' line of cars in 1950, with the DB2 Vantage, going on to be applied to high-performance versions of the DB4, DB5, DB6 and DB7 as well. 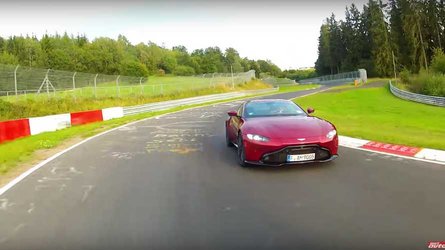 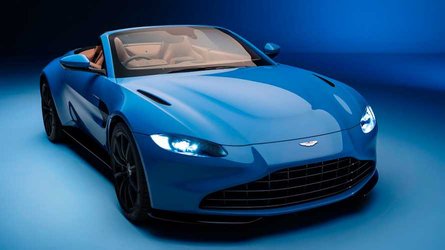 These early DB Vantage models had higher performance credentials compared to the standard models. The first Vantage, the DB2 Vantage (above left) had a 2.6-litre Lagonda engine putting out 125bhp at 5,000rpm (20 bhp more than the standard DB2). It was a similar story for the DB4 (above right), DB5, and DB6, which had between 26 and 40 more horsepower when specified with the Vantage engine.

By the time the DB7 Vantage (below) arrived in the 1990s, the nameplate was reserved for a new V12 model that proved to be such a sales hit, that the original six-pot machine was pulled before the new millennium.

It has also been the given name to a family of more muscular models that spans all the way from the 1970s, right to the present day with the current Vantage that hit the market in 2018.

Aston Martin ushered in a more modern design aesthetic with the DBS in 1967, a car that was effectively meant to replace the DB6. That model also had a Vantage variant, and it was followed by the similar AM Vantage a few years later.

In the late-'70s that car's replacement, the V8 Vantage, arrived amid much fanfare and was dubbed 'Britain’s first supercar' and had a top speed of 170 mph.

After production of 'the brute in a suit' ended in 2000, a new Vantage wouldn't arrive until 2005. This model (below left), more of an 'entry-level' model in Aston Martin's range, initially sported a Jaguar-derived V8 engine, although a V12 model arrived further down the line. It stayed in production for over a decade, with nearly 25,000 being sold making it the best selling Vantage by far.

It was replaced by the current model (below right) in 2018 which was built upon all-new aluminium architecture and had power from a Mercedes-AMG twin-turbo V8 engine. Its design was a clear departure from other cars in the company's range unlike its predecessor which was clearly influenced by the DB9, however it did take cues from the track-only Vulcan hypercar and the DB10 concept car.

"As we celebrate 70 years of Vantage in 2020, it allows us to delight in our superb sports car heritage. Vantage has always stood for engineering ambition, thrilling performance and exceptional beauty, and I’m pleased that today’s models more than live up to the standards set by their iconic forebears."

Aston Martin has sold over 28,000 Vantages to date, not including the current model.