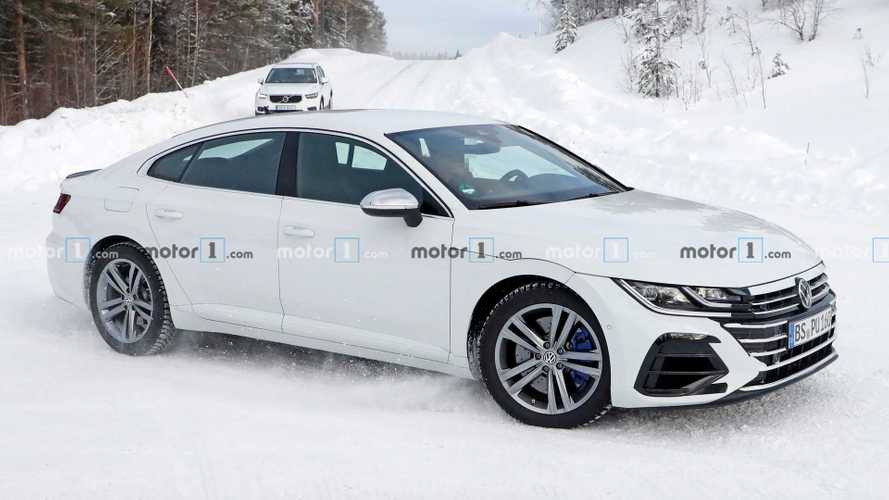 It should arrive early next year after the Arteon R saloon.

Volkswagen looks to be expanding its R performance brand lineup early next year with a shooing break – estate – variant of its Arteon saloon, according to a new report from Autocar. The publication says the Arteon Shooting Brake will arrive in the first half of 2021 after the Arteon R saloon arrives sometime before the end of this year. The news doesn’t come as a surprise. Spy photos have shown the non-R brand Arteon Shooting Brake and leaked images have shown off a pre-production model of the CC Travel Edition – the Arteon is still called the CC in China.

According to the publication, the Shooting Brake will have a longer roof and sloping tailgate that, according to VW insiders who spoke to outlet, gives the car “estate-like qualities while retaining its characteristic styling.” Power would come from VW’s turbocharged 2.0-litre – the same mill that’ll power the Golf R. The Arteon’s current 2.0-litre TSI engine produces 268 bhp (200 kilowatts)

Autocar says the mill can produce up to 325 bhp (242 kW) and 332 pound-feet (450 Newton-metres) of torque, pairing with a seven-speed dual-clutch gearbox and all-wheel drive, which, according to the publication, would be tweaked to send ample power to the rear wheels. That runs counter to rumours the Arteon R saloon would use the new version of VW’s turbocharged 3.0-litre VR6. It would make 404 bhp (301 kW).

The Arteon R saloon and Arteon R Shooting Brake would be great additions to VW’s performance brand. It looks as if the Tiguan R, which has been in development for several years, is finally happening. In March 2019, VW introduced the T-Roc R with 296 bhp (224 kW) and all-wheel drive.