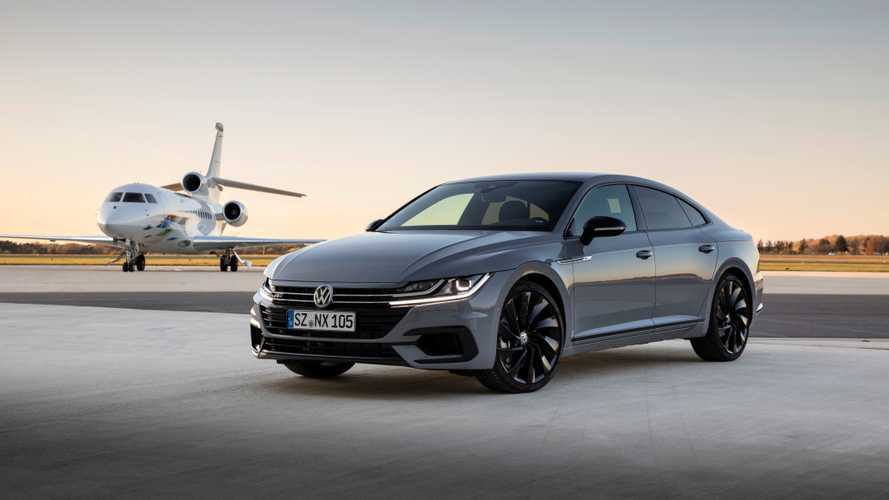 Just 370 examples of the new, high-spec Volkswagen Arteon R-Line Edition will be sold in the UK, with prices starting at £36,850. The top-of-the-range, limited-edition car gets extra tech, including systems to improve the car’s dynamic ability and safety.

First announced last month, the newcomer goes straight in at the pinnacle of the Arteon line-up, marked out by its Moonstone Grey paintwork, as well as the contrasting black roof and door mirror housings. Black 20-inch alloy wheels are also a give-away.

But the external features are not the only tweaks that make the R-Line Edition stand out. Under the skin, dynamic chassis control has been fitted, adding adaptive dampers with selectable and customisable driving modes. Keyless entry has been fitted, too, along with a 360-degree manoeuvring camera that provides a bird’s-eye view of the car’s surroundings.

Then there’s the driver assistance equipment, which incorporates parking assistance. And you get blind-spot monitoring that alerts the driver to anything in the blind spots over their shoulders.

All that comes in addition to the standard R-Line fare, which includes a digital instrument cluster, 9.2-inch touchscreen satellite navigation system and the sporty R-Line bodywork. Nappa leather seats come as standard, too, while LED headlights adorn the nose of the car, boasting a “poor weather mode” designed to ensure “optimum visibility in situations where visibility may be impaired” by the weather.

Volkswagen claims the options fitted to the R-Line Edition would cost £4,755 if they were added to a conventional R-Line car. However, the special edition is just £845 more expensive than the R-Line that sits below it in the range.

Speaking of ranges, the R-Line Edition is available with a choice of engines, ranging from 188 bhp to 268 bhp. The entry-level price buys you a 2-litre petrol with the former power output, although you can spend a little more on a 2-litre diesel with similar power. That diesel engine is also available with four-wheel drive, should you choose to spend the extra £1,530 for that privilege. Alternatively, you could have a twin-turbo 2-litre diesel with 237 bhp and four-wheel drive as standard, or the 268 bhp 2-litre petrol that also sends its power to all four wheels.

“The Arteon R-Line Edition adds even more intelligence, power and exclusivity on top of that already offered in the Arteon, while also further enhancing the car’s striking design and innate quality,” said Lisa Hartley, Volkswagen UK’s product manager for the Arteon. “The Arteon’s premium appeal is undeniable, even in its standard SE, Elegance and R-Line specifications. But the R-Line Edition takes this to another level, with sophisticated and powerful engines, a host of comfort and convenience features, a full suite of driver assistance systems, and an assertive yet luxurious look.”

Just 1,000 R-Line Edition cars will be built, and just 370 are coming to the UK, with the first of those being delivered in March.