Is a Sony SUV teased in the latest Vision-S video?

It's hiding in the background, but there's just enough visible to see that this is something different.

Sony recently released a video showing off its Vision-S concept at the Magna Steyr factory in Graz, Austria. An eagle-eyed Motor1.com reader named Tommaso Massara noticed something we didn't and shared a tip.

Running from around 00:41 to 00:44 in the clip, there was a shot of a second vehicle that appeared to be a crossover version of the Vision-S. We took a screenshot; cropped it, and tried a few different brightness tweaks. The result: there really appears to be a glimpse of a different version of the Vision-S. See for yourself in the gallery, below.

The Vision-S debuted at the 2020 Consumer Electronics Show as a major surprise because Sony wasn't a company with a history of building cars. The company positioned the electric vehicle as an opportunity for showing off the automotive technology that it was able to supply to the industry. 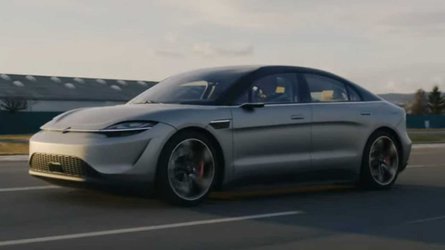 Watch the Sony Vision-S in motion 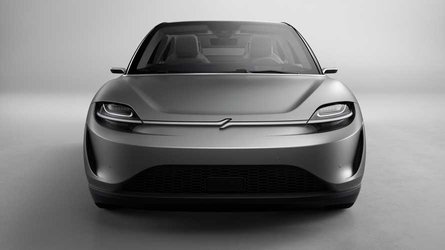 Sony confirms it's not getting into the car-making business

The car featured a vast array of sensors on the exterior and in the cabin. Rear-facing cameras replaced the side mirrors, and screens spanned the entire dashboard. For entertainment, Sony's 360 Reality Audio stereo included speakers in the seats.

Despite being a tech showcase, the Vision-S had a powertrain with two electric motors, each making 268 bhp. Sony estimated the vehicle was able to reach 62 miles per hour in 4.8 seconds.

At CES, Sony execs played down the chance of a production version of the Vision-S. However, the company has continued developing it with Magna Steyr with the intention of having the vehicle ready for test drives on public roads.

Given the positive response, seeing this alternate take on the Vision-S makes us wonder if Sony might be preparing a followup to the saloon. Maybe the company could call it the Vision-C to denote the new one is a crossover.