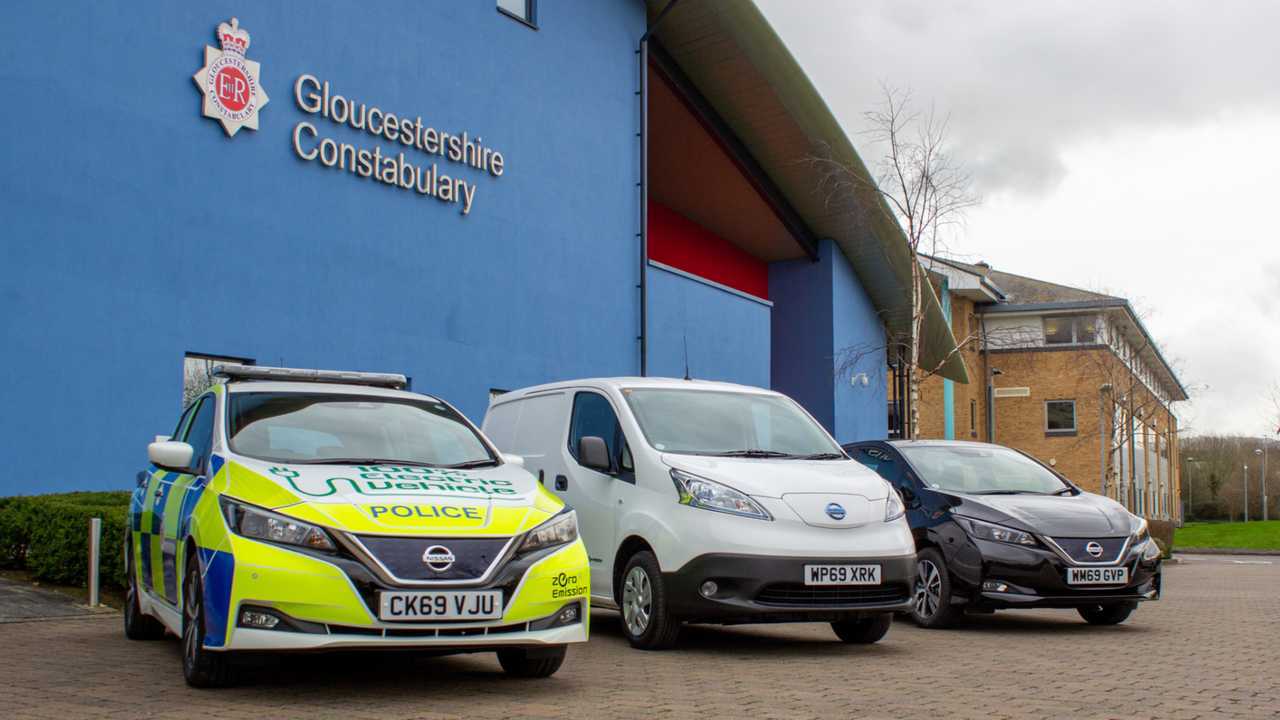 Of the 75 vehicles, 66 are Nissan Leaf electric hatchbacks, and 11 of those will be marked police cars. The remaining nine vehicles will be Nissan e-NV200 vans, which use similar running gear to the Leafs but come with a more practical small van body.

The vehicles will be left on charge at the station overnight, where 7-kW charging points will top up the cars’ batteries. The Leaf e+ can travel up to 239 miles on one charge, while the e-NV200 is capable of up to 187 miles between trips to the plug.

It is not the first time the force has turned to electric cars, having run a smaller fleet of Leafs in the past. In 2016, the force took on a handful of first-generation Leafs, before moving to the second-generation car in 2018. The new batch of vehicles represents the latest development of the force’s five-year plan to improve its sustainability credentials.

The constabulary also expects to save money by running the cars, with fuel bills slashed and reduced servicing costs. Gloucestershire Constabulary’s head of transport services, Steve Imm, said the force was planning to increase the proportion of vehicles running on electric power if and when the technology allows.

“We conducted a big fleet review of what we could replace with EVs, which led us to the figure of 21 percent,” he said. “In two years, we’ve managed that, and in four years we’re looking to make it around 40 percent if the technology allows it and it’s a viable option.

“There are lots of departments in the police that are either policed by staff members or the CID for example. They’re not working 24/7, they’re working core hours across shift patterns, and they’re driving an average of 70 miles a day so we know that 180 miles will do what we need them to do.

“In our history of the Nissan Leafs, on the 16-plates, we’ve only changed one set of brake pads. Because of the regenerative braking you don’t use brake pads or brake discs as much. We’re cutting down huge amounts of labour time and off-the-road time, which improves our internal efficiency and means the police force has the vehicles on the road more.”