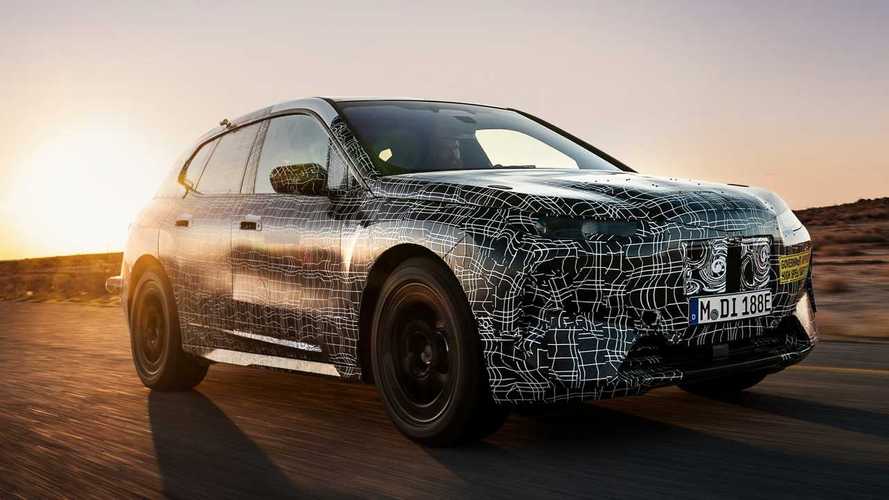 The company's flagship electric SUV is being evaluated in the scorching temperatures of South Africa.

BMW is on the verge of an EV onslaught that will start later this year with the iX3, essentially a zero-emissions version of the X3 crossover. Until then, an electric i4 concept taking the shape of a next-generation 4 Series Gran Coupe will premiere next week in Geneva to preview a production model due in 2021. Also next year, the road-going iNext will be out as the company’s flagship electric SUV as a follow-up to the polarising concept that carried the same name when it debuted in September 2018.

Meanwhile, the high-riding technological tour de force is undergoing a gruelling testing campaign. We saw the iNext nearly a year ago enduring the cold climate of Arjeplog in Sweden, and now prototypes are in South Africa where they’re facing some scorching temperatures in Kalahari. BMW is not only evaluating how the test vehicles are performing in the hot weather, but it’s also keeping a close eye on how they're behaving while tackling sand, pebble, and gravel tracks.

BMW is also testing the iNext at the Nürburgring Nordschleife as well as in France at the company’s proving ground at Miramas to make sure the electric SUV will be worthy of its EV flagship status all over the world. For this latest round of testing, prototypes are exposed to the sun’s heat for many hours and then they’re cooled down to evaluate how the electrical system is affected and to observe how the temperature fluctuations take their toll on the materials used inside the cabin.

It goes without saying BMW also wants to make sure dust won’t go inside the cabin at all, even after thousands of miles of driving the prototypes on unpaved roads. These harsh conditions are also good for testing the battery, electric motors, and the cooling systems, as well as how the air conditioning faces the extremely high temperatures of South Africa.

The BMW iNext will enter production in 2021 at the Dingolfing plant in Germany.