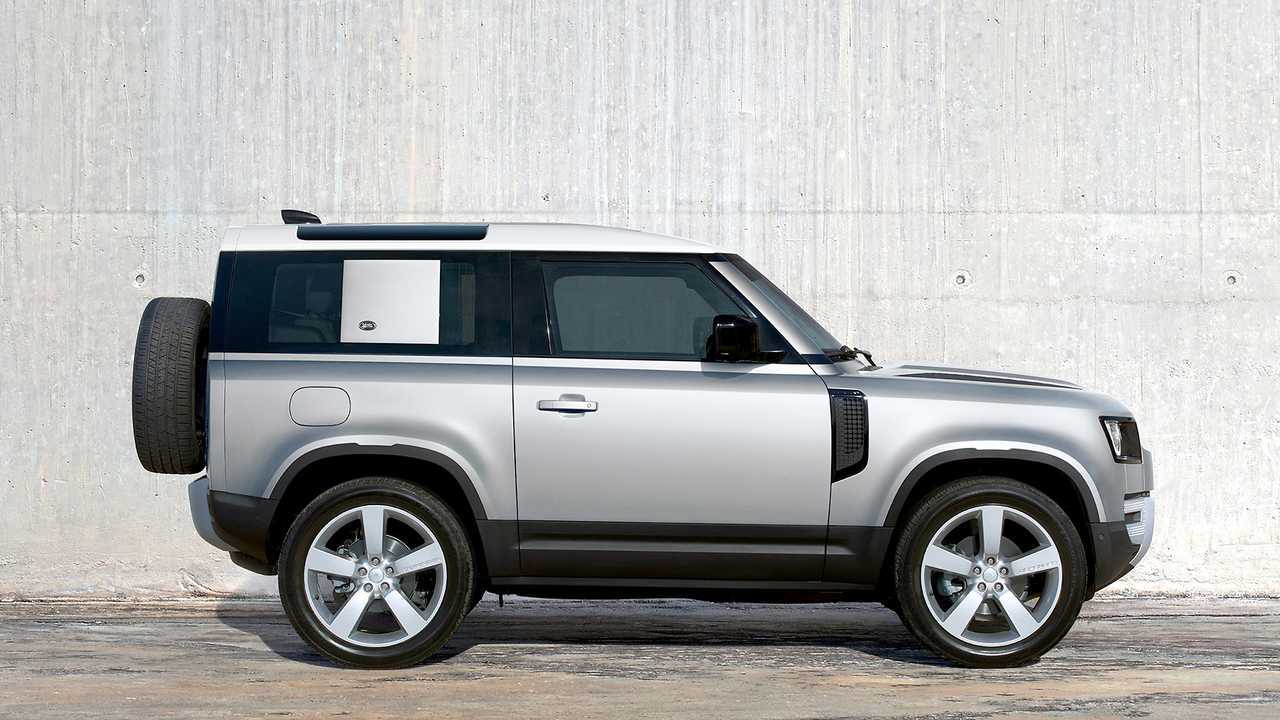 It's almost six months since the car was first revealed in Frankfurt.

The British brand says it has experienced “unprecedented demand” for the larger, five-door 110 model, and it expects similar interest in the three-door 90. The smaller car will be noticeably cheaper than its five-door sibling, with prices starting at £40,290.

That money buys you the basic model with steel wheels, but those rims belie a much more generous standard specification. The front seats are heated, there’s a 360-degree manoeuvring camera and a 10-inch touchscreen. You get two-zone climate control, automatic lights and wipers, and a heated windscreen, too. And all that comes alongside a low-range gearbox, hill descent control and four-wheel drive to make sure the Defender has the off-road capability the name demands.

As standard, you get a 2-litre diesel engine with 197 bhp, but you can upgrade to 237 bhp if you want. You can also have a petrol engine with 296 bhp, although both the high-powered diesel and the petrol engine cost around £3,000 more than the basic diesel.

On the other hand, you could spend that money upgrading to the S model, which comes complete with alloy wheels and part leather seats. Alternatively, there’s the SE version, with 20-inch alloys, front fog lights and keyless entry, as well as a few extra safety gizmos and a Meridian sound system. Then there’s the HSE, which boasts matrix LED headlights, leather upholstery and ventilated seats in the front. It also gets a folding fabric roof.

There’s also a £55,180 First Edition model, which comes with the 2-litre, 237 bhp diesel engine and khaki part-leather seats, as well as a front jump seat, giving owners the option of turning their Landie into a six-seater on occasion.

Crowning the range, though, is the Defender X, which comes with a 3-litre straight-six petrol engine that produces 394 bhp with the aid of its mild-hybrid technology. That fully-loaded model gets 20-inch wheels, two-tone leather upholstery and a panoramic roof, but it comes at a price. A massive £75,475, in fact.

“We have experienced unprecedented demand for New Defender 110 and the official introduction of Defender 90 is sure to boost interest,” said Finbar McFall, Land Rover’s global product marketing director. “As the family grows to include an efficient plug-in hybrid powertrain and commercial derivatives later this year, we look forward to continuing this success. If our experience with the Defender 110 is anything to go by, we can expect over half of customers to opt for one of the fou accessory packs, making the new Defender the most accessorised and personalised Land Rover we have ever produced.”