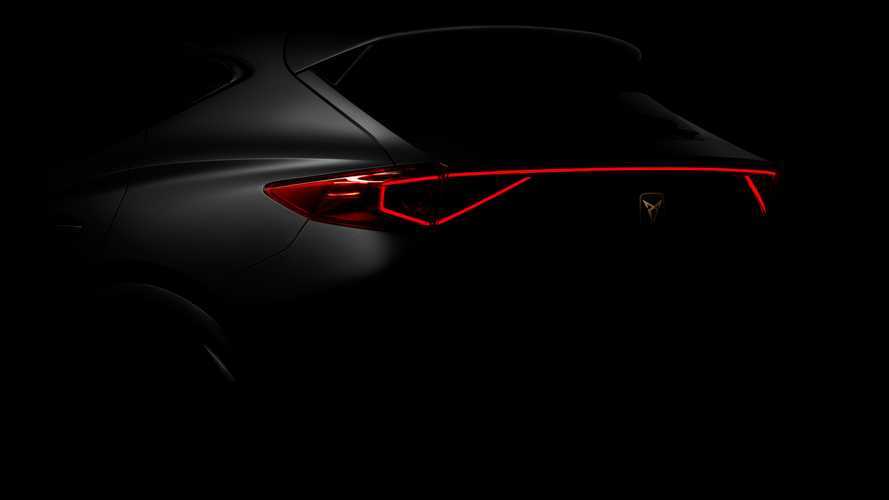 Seat and Cupra are set to debut three new models at this year's Geneva motor show – the Cupra Formentor, and the new Seat and Cupra Leons.

The Cupra Formentor is the first model exclusively developed for the performance brand as opposed to one based off an existing Seat model. The debut of the model will come days after the opening Cupra's new headquarters in Martorell, Barcelona.

The new Seat Leon will also make its public debut at the Show, with a new design and a range of efficient and electrified engines.

In production since 1999, 2.2 million Leons have been sold across three generations so far, with 252,416 of those in the UK, making the car a key component in the Spanish brand becoming a major player.

Both a plug-in hybrid (eHybrid) and mild hybrid (eTSI) (mild hybrid) will be available.

The eHybrid model comes with a 1.4-litre TSI petrol engine mated to an electric motor and 13kWh lithium-ion battery pack, with a six-speed DSG transmission. It puts out 201 bhp, and has an electric-only range of 38 miles. It can be recharged via a 3.6kW AC inlet and can be fully charged from in less than 3.5 hours.

The SEAT Leon eTSI mild hybrid model uses a 48V starter-generator and lithium-ion battery to harvest energy under deceleration and provide electrical assistance during acceleration. The model is available with the 1.0 TSI 108 bhp and the 1.5 litre TSI 148 bhp petrol units.

The hotter Cupra Leon comes with with a 242 bhp petrol engine, 242 bhp eHybrid setup, and 296 bhp and 306 bhp (exclusively available in the estate 4Drive) 2.0-litre petrol engines, all with a seven-speed DSG transmission.

The Cupra e-Racer electric touring car and SEAT Tarraco FR (pictured) will also be on Seat and Cupra's stand at Geneva.

"The Geneva Motor Show will be the first opportunity customers have to see our 2020 product offensive: Seat Leon, Cupra Leon and Cupra Formentor, which will all be available in plug-in hybrid versions. These products will shift both brands to the next level," said Seat's executive vice-president for sales and marketing and Cupra CEO Wayne Griffiths. "We’re meeting market demands by offering a range of efficient, connected and safe vehicles that can deliver everything that our customers need, while maintaining our aims to reduce our impact on the environment."