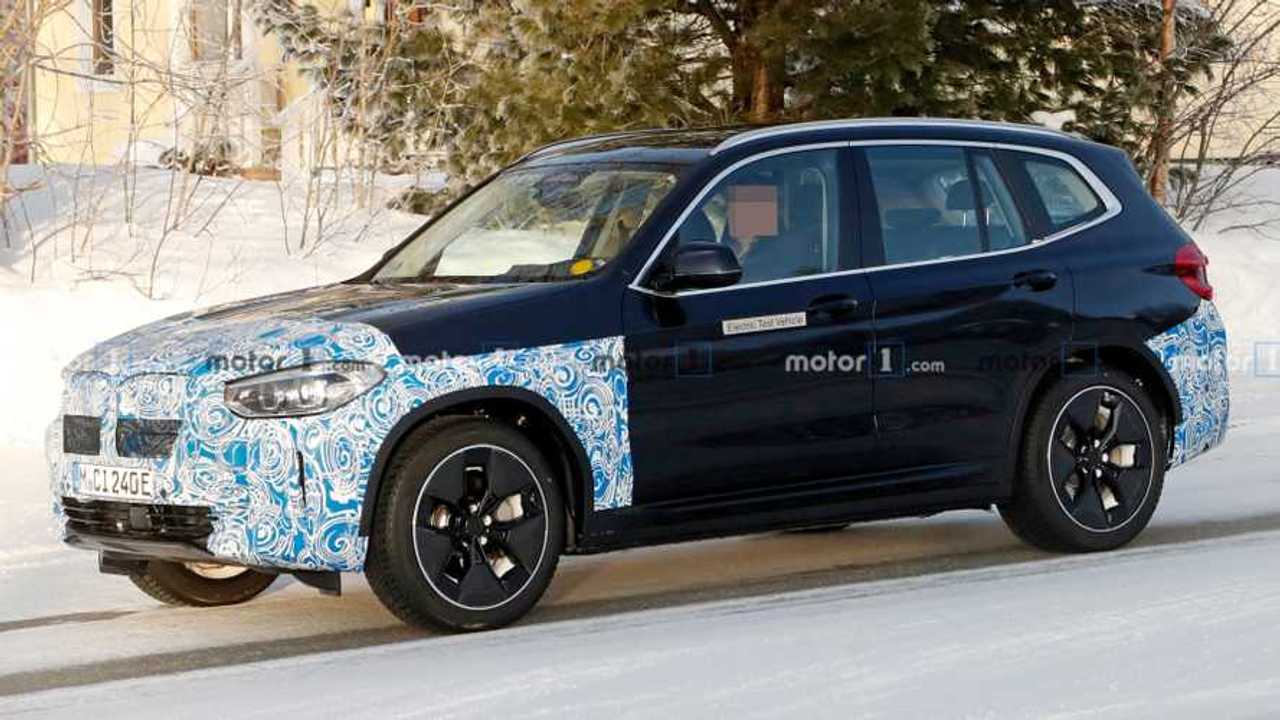 Could it debut in Geneva? Probably.

Earlier this month, BMW teased the aerodynamic wheels of the upcoming iX3 all-electric crossover. The so-called BMW Aerodynamic Wheel (huh?!) has been designed to improve aerodynamic efficiency and reduce weight, and today’s batch of spy photos with the iX3 shows the Bavarian company is actually testing the wheels on public roads.

The gallery contains photos of two prototypes, both featuring less camouflage than ever. This makes us believe the iX3 is virtually ready to go into production and the automaker is currently making some final adjustments before the model is revealed. In fact, we won’t be surprised if we see the zero-emission premium crossover in Geneva next week.

BMW has already confirmed the EV SUV will rely on a 74-kWh battery pack which will enable it to travel up to 273 miles (440 kilometres) at a single charge. Bear in mind that this number is measured by Europe’s WLTP cycle which means the EPA ratings will be slightly lower.

A peak power of 286 bhp (210 kilowatts) and an instant torque of 295 pound-feet (400 Newton-metres) will be delivered by BMW’s fifth-generation eDrive electric powertrain system, all components of which were developed internally by the German manufacturer. Interestingly, contrary to previous reports, the vehicle will be driven by a single electric motor, providing a rear-wheel-drive layout.

BMW will launch the iX3 later this year and will assemble it in cooperation with Brilliance Automotive in Shenyang, China. When it goes on sale, the X3 will become the brand’s first model available both with conventional petrol and diesel engines, as well as plug-in hybrid and purely electric drive.