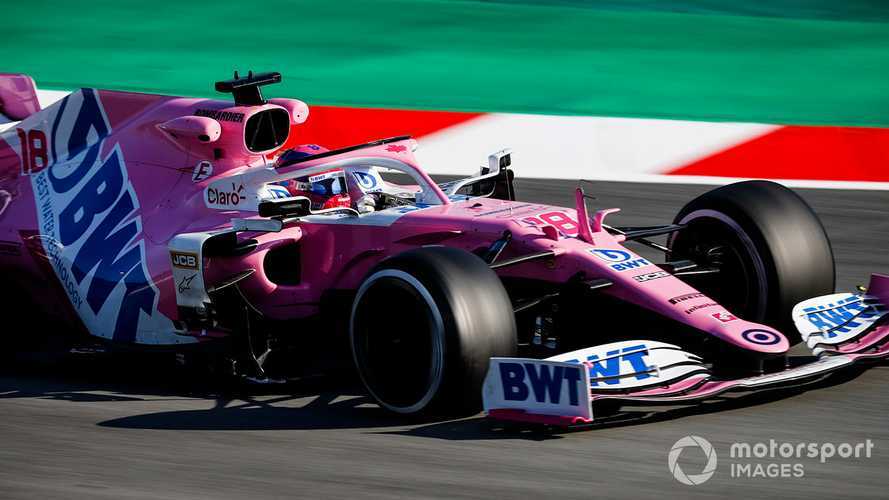 Racing Point Formula 1 team boss Otmar Szafnauer says the outfit's 2021 link-up with Aston Martin will be "true integration" and "beneficial for both sides".

Szafnauer says plans are already in hand for the racing team to share its technical expertise with its sister company, as part of the overall deal.

“It should be great,” he said when asked by Motorsport.com. “It's a win-win. It should be beneficial for both sides. I mean, we're going to become a works team, with a fabulous name.

“And Aston Martin will get some trickle down technology from F1, and some technology transfer.

“First and foremost, we've got a nice wind tunnel in Brackley that they can use. We've got aerodynamicists that they can tap into as well. And I'm sure there will be other technologies that will trickle down into the road cars.

“We make things really like stiff, which helps a race car and it also helps a performance road car, so there will be areas that will help their sports cars. I look forward to that.”

Asked if technology might also travel in the other direction, Szafnauer said there are no plans as yet.

“We'll see what they have, and see if there's anything we can learn from them. And if there is, we’ll be happy to bring it over.”

He also confirmed that the new Silverstone factory will also accommodate a team of road car designers – essentially the group that is currently working with Red Bull Technology on the Valkyrie hypercar project.

“It looks like at our new facility they'll probably have 100 design engineers sitting with us too, so there'll be a true integration – the people that are at Red Bull now will transfer over to us. They're just sitting with us, they'll be under the same roof.

“They've done a hypercar with Adrian Newey, the Valkyrie. And then there's some other variants coming that are sub-Valkyrie level. It's not for me to say, but they'll introduce some other some other nice products.”

Szafnauer believes that the Aston name will also help the team recruit the best qualified candidates as it continues to expand its staffing levels.

“It's one of the great British brands. It'll be great to bring Aston Martin back to F1 racing. Really, really excited. We've got to do the brand justice, so we’ve got to make sure we perform.

“We're looking to get bigger. We're nearly at 500 now, and we're not going to stop. But my philosophy has always been you have to recruit the right people, because it's a team effort.

“We’ve got to make sure we have the best team that we can, not just for the sake of recruiting, getting the numbers up. We've got to recruit the right people. But I think Aston will also help in recruiting and getting the team bigger.”