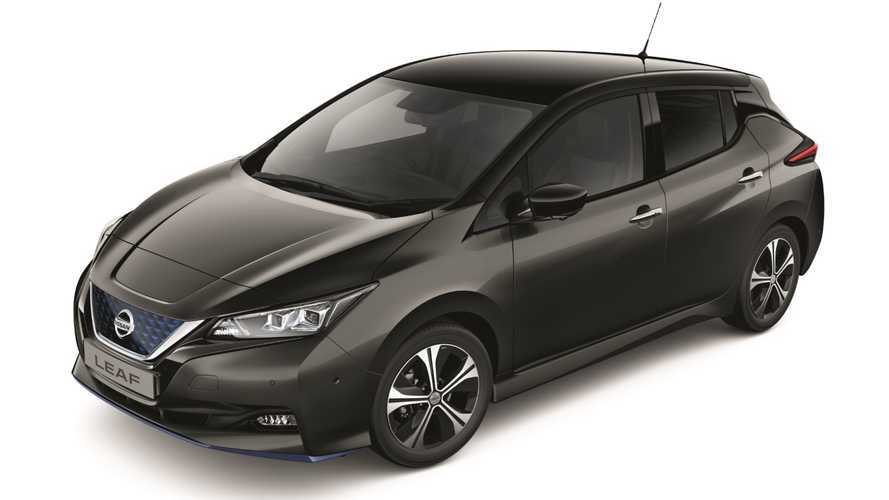 Nissan has announced a new, high-specification, limited-edition version of its Leaf electric hatchback called the N-Tec. If the name sounds familiar, that’s because it’s an extension of the family of N-Tec cars already introduced for the Qashqai, Micra and X-Trail models.

As is the case with those cars, the N-Tec version of the Leaf sits below the top-end Tekna in the range, but it comes with high-tech equipment that's normally an optional extra. Perhaps more importantly, though, it comes with the Leaf's e+ powertrain, which was previously available solely on the Tekna grade.

More on the Nissan Leaf:

Unlike the standard Leaf, the e+ comes with a much bigger battery (62 kWh as opposed to 40 kWh) and a more powerful electric motor. Despite having 214 bhp on tap and boasting a 0-62 mph time of less than seven seconds, the N-Tec can manage 239 miles on a charge.

Externally, the N-Tec is set apart from the lowlier N-Connecta trim on which it is based by its metallic blue front splitter and LED light pack, including LED front fog lights. The interior, meanwhile, benefits from an electronic handbrake, but the biggest changes are found under the skin. There you’ll find the Leaf e+’s bespoke suspension set-up, while the car also gets Nissan’s ProPilot driver assistance systems, which are normally a £595 optional extra.

And all this comes on top of the Leaf N-Connecta standard specification, which incorporates a 360-degree parking camera, part-leather heated seats and a heated steering wheel. Automatic climate control, automatic wipers and cruise control all come as standard, too, not to mention the eight-inch colour touchscreen.

All that comes with a price tag of £32,795 once the government’s £3,500 Plug-In Car Grant has been applied, making the N-Tec a little more than £3,000 cheaper than the range-topping Tekna. That also makes it the cheapest e+ model in the Leaf range, although it’s around £3,500 more expensive than the standard 40 kWh Leaf N-Connecta.

“Nissan is always looking to bring its advanced technologies to customers at ever-more accessible levels,” said James Bird, Nissan Motor GB’s electric vehicle product manager. “So we’re delighted to be introducing the N-Tec edition of Leaf e+ which strikes a fantastic balance of price, performance and specification. With the rapid uptake of electric vehicle sales in the UK, this new limited edition should make it even more compelling for drivers to make the switch as we accelerate towards a zero-carbon future and cleaner air for all.”