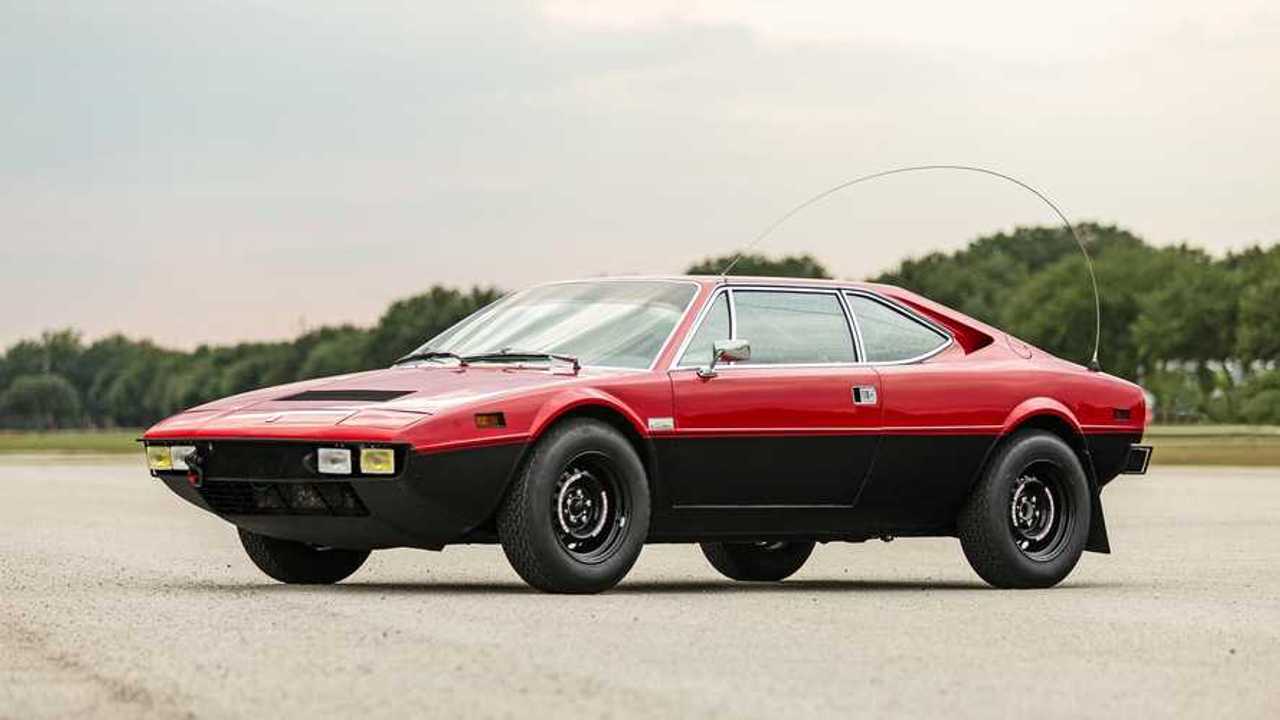 It's for sale, but you'll have to wait until November to buy it.

The Porsche 911 is a tarmac taming machine that loves carving corners. But thanks to decades of rally affiliation, going off-road and getting dirty in a custom 911 safari is also tremendous fun. Every now and then we see that safari theme applied to other exotic vehicles, but we’ve never seen anything like this Ferrari. And if you’re absolutely smitten with this machine, you can buy it late this year through the Riyadh Auction Salon in Saudi Arabia. More on that in a bit.

As for the car, it’s a 1975 Ferrari 308 Dino GT4 finished in Rosso Chiaro. The Dino was designed as a mid-engine 2+2 tourer, but this particular car has a rear-seat delete. As such, the only thing of prominence behind the driver is a 3.0-litre four-cam V8, which produced 240 bhp back in the day. As the pictures suggest, the car has been completely gone through which, according to the auction description at Worldwide Auctioneers, includes more than $26,000 (approx. £20,000) for a full vehicle service and engine tune-up. Presumably, the engine is just as strong now as it ever was.

What makes this Dino unique is obviously its suspension setup. The auction listing states a Texas-based company called DriverSource turned this Ferrari into a proper safari machine, installing a height-adjustable coil-over suspension setup at all four corners and tweaking the steering to accommodate the changes. The Ferrari also wears fibreglass-reinforced mud flaps, Hella off-road lights, a custom-made front bumper with integrated tow hooks, and yes, there’s a sweet whip antenna that’s connected to a CB radio mounted on the centre console. It rides on 15-inch Corsa wheels with gravel-spec tyres, and it looks ready to attack back roads with a Lancia Stratos in pursuit.

The car is listed as lot 9 at Worldwide Auctioneers, but you’ll have to be patient if you want to put this rally Ferrari in your garage. It will cross the block as part of the Riyadh Auction Salon, but the event isn’t slated to take place until November 23. In the meantime, the source link below has additional information and photos on this custom build.