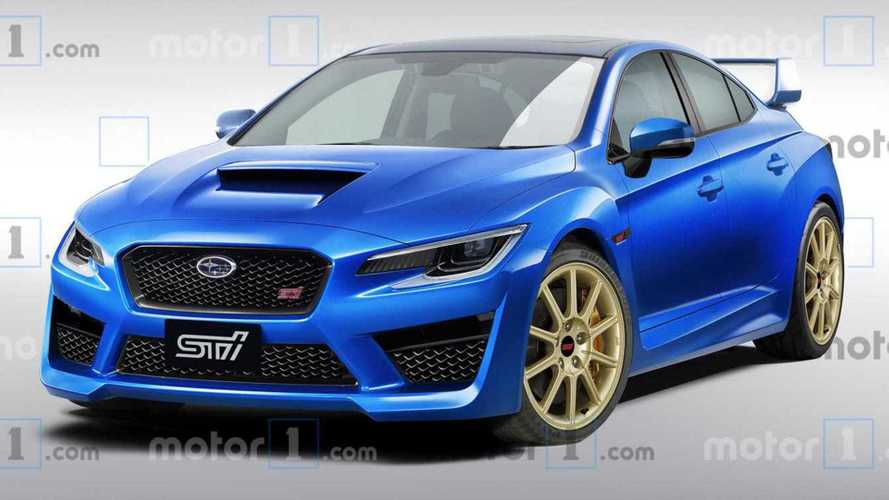 It would be an overhauled version of the powerplant available in the Subaru Ascent, Legacy, and Outback.

The next-gen Subaru WRX STI will allegedly pack a version of the brand's 2.4-litre turbocharged boxer four-cylinder making 400 bhp (298 kilowatts) and 361 pound-feet (490 Newton-metres) of torque, according to "sources close to the Japanese automaker" speaking to Forbes. The new model reportedly arrives in 2021.

A version of this engine is already available in the Subaru Ascent and turbocharged variants of the Outback and Legacy (aka Levorg) where the mill offers 260 bhp (194 kW) and 277 lb-ft (376 Nm) of torque. This insider indicates that the version for the STI would gain stronger internal components, revised valves, and more boost to allow for the significant increase in power. There are no transmission details, but like every WRX STI, it would hook up to an all-wheel-drive system.

Subie's engineers are allegedly benchmarking this new engine against Mercedes-AMG's M139 2.0-litre turbocharged four-cylinder from vehicles like the A45 and CLA 45. In the top grade, it makes an impressive 416 bhp (310 kW) and 369 lb-ft (500 Nm).

More details about the next Subaru WRX:

Styling for the new STI reportedly takes cues from 2017's Subaru Viziv Performance Concept (gallery above). Its styling is reminiscent of the current model but with much sharper lines and a more coupe-like silhouette.

Rumours suggest the new WRX debuts in late 2020, and this report hints the STI would come a little bit later. There's speculation that the new models might ride on a Toyota-sourced platform. The two brands have a deal to engineer all-wheel-drive models together, so the WRX could be among them.