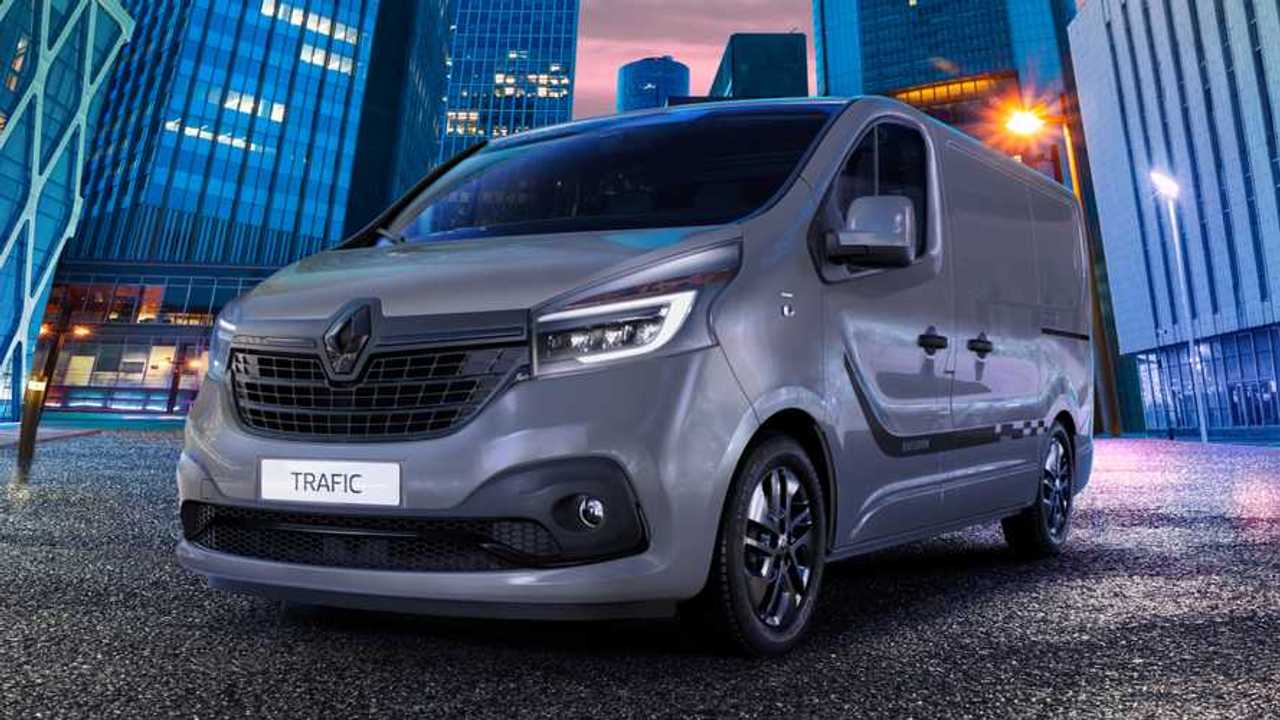 Extra tech and styling tweaks are included in the price.

Renault has added a new high-specification Black Edition version to its popular Trafic van range. Boasting visual upgrades and extra technology, the new models come in at £27,950 plus VAT, and will arrive in the UK in April.

The top-end van is marked out by its black alloy wheels, Black Edition badging and Black Edition graphics, as well as a piano black grille surround, piano black styling blade in lower grille and body-colour side mouldings. Customers get a choice of colours, including Urban Grey, Mercury, Glacier White and Jet Black.

Inside, that aesthetic upgrade is complemented by an increased level of standard equipment. Several items that are usually optional extras have been made standard for the new model, including a rear parking camera and climate control that maintains a predetermined temperature set by the vehicle’s occupants.

More on the Renault Trafic:

All this comes on top of the changes made to the Trafic as part of its 2019 upgrade. Back then, the exterior designed was tweaked to include full LED headlights and the C-shaped light signature that’s carried over from the French company’s passenger cars. A more aggressive grille came as part of that update, too, while the interior was upgraded with a new and more “car-like” dashboard. The 2019 facelift also included an increase in on-board technology, including the addition of the Android Auto and Apple CarPlay smartphone integration systems.

Black Edition buyers will be able to add to that list with a special Black Edition Bodykit, which includes a lower front bumper, side skirts and a roof spoiler. It’s an option that Renault says is designed to “enhance” the Trafic’s look with a “sporty, more dynamic appearance”. And among a range of other options is the choice between the standard Panel Van bodywork, or the Crew Van with a second row of seats behind the driver.

Among those other options is the significant decision regarding what goes under the bonnet. The entry-level option is the 2-litre Energy dCi 145 turbocharged diesel, which churns out 144 bhp and comes with a manual gearbox. Officially, it can return up to 52.3 mpg, while CO2 emissions stand at 188 g/km.

Alternatively, buyers can opt for the 2-litre Energy dCi 170 engine, which also comes with a manual transmission as standard. That unit produces 168 bhp, yet it’s only marginally less efficient than the dCi 145 engine, returning 51.4 mpg. Both engines are offered with an optional six-speed automatic gearbox.