2020 Toyota Supra teardown video is worthy of your time

Starting with a blank canvass.

It's the dream of every car nut to have the time, money, and effort to follow their dreams, whether that be buying the latest supercar, or building a project vehicle from scratch. For those who are into competition and motorsports, it's a whole different ball game; team management, building a brand, creating purpose-built cars from existing factory models, all of this requires immense resources. But for Papadakis Racing, one of the most successful teams in Formula Drift history, it's just another day at the office as they take us through the steps needed in order to turn a 2020 Toyota Supra into their next competition drift car.

Posted on the Papadakis Racing YouTube channel, Steph Papadakis himself narrates the entire process required to create a full-on drift machine out of what is essentially the same Toyota Supra that anyone can buy at a dealership. In this seven-minute video, you'll see a perfectly new Supra reduced to what is essentially just the metal shell. Getting it down to its very shell is essential in understanding how it was made and what improvements can be done to make it competitive, as well as having a nice clean slate to work on. With the start of the drift season just a few months away, the pressure is on for the guys. Also, they were able to get the engine of the Supra tuned to 1,000 bhp, with the whole process detailed in this video. From watching the video, you'll also start to notice that very little of the car is actually reused for competition, with most of the parts being taken out, regardless of the cost of purpose. It's the interior that takes the most time, and wires and harnesses are usually cut just to get rid of modules that aren't needed, such as the climate control or infotainment screen. 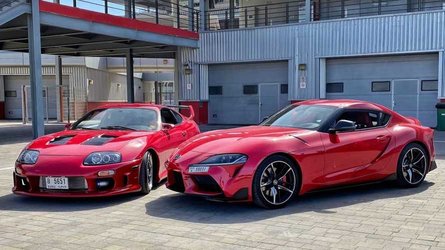 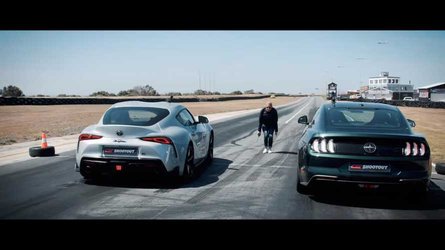 The best part about this teardown is that it's expertly narrated and extremely detailed, letting us get a glimpse of the actual work and time needed to actually start creating a competition-spec machine. Hard to believe that this is only the beginning.