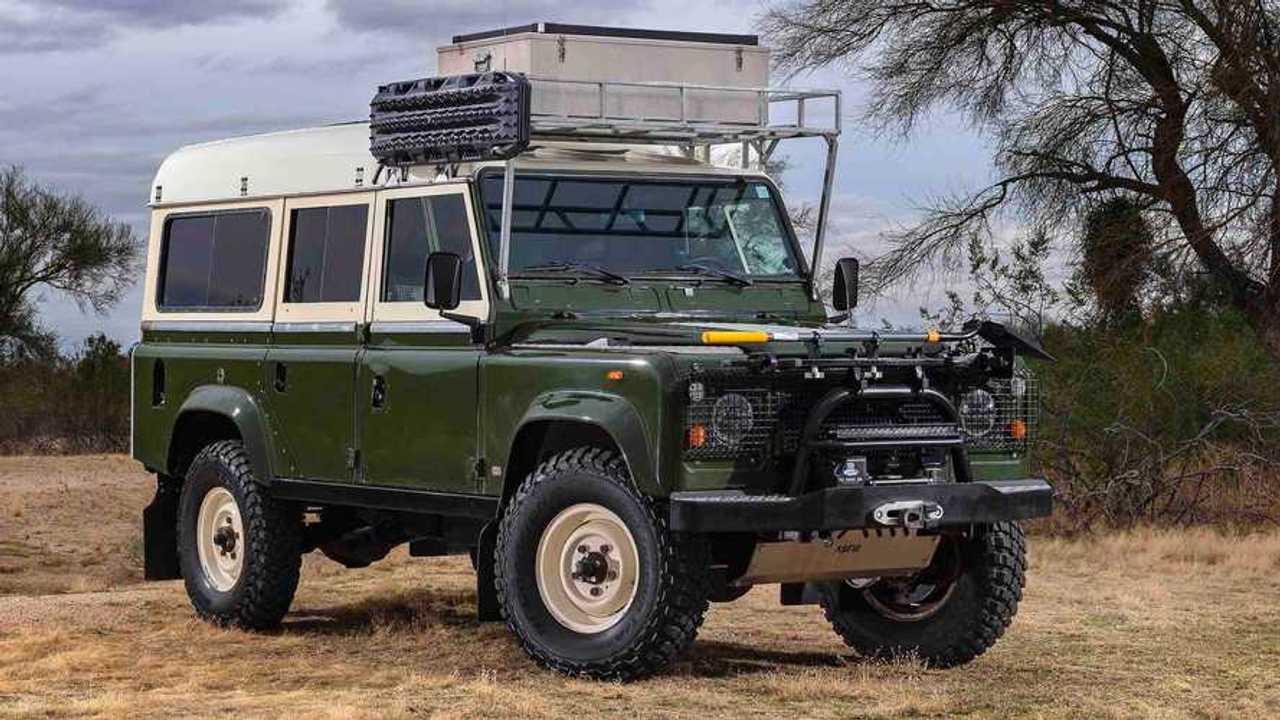 It has a custom living space, extended-range fuel tanks, and it's for sale.

Land Rovers are epic off-roaders, and more than a few have been converted into compact, go-anywhere campers. UK-based Dormobile is a well-known conversion company in the Land Rover world, this particular 1984 110 model posted for sale at ExpeditionPortal.com looks absolutely stunning. It’s currently in Phoenix, Arizona, and if you have $83,000 (£64,000) handy, you can take it home.

The information and photos for this overlanding gem come from an ExpeditionPortal member named jedelmann, who we assume is the current owner of this off-roader. On the camping side, the rig is equipped to sleep two people and is fitted with a custom kitchen, sink, a diesel stove and heater, and an outdoor shower. Of course, there’s the pop-up roof that has fold-out bunks and raises to create a nine-foot ceiling in the Land Rover’s living area. It’s all very trick, and the end-result a handsome adventurer both inside and out.

But wait, there’s more. So much more, and it’s the stuff car enthusiasts love.

Despite being 36 years old, this custom Land Rover has its history fully documented since new. It was originally sold in France as a standard Land Rover 110. In early 2000 a couple in Germany bought it and turned it into the custom camper you see here. They handled the interior upfit, while Dormobile took care of the primary conversion including the roof. It stayed in Germany for 10 years until it came to the U.S., at which point it came to the current owner.

It’s received considerable maintenance and upgrades in the mechanical department as well. A newer 300TDi four-cylinder replaced the original 2.5-litre engine, with 38,000 miles showing on the clock since the swap was completed. Extended-range fuel tanks give this overlander 600 miles of travel between fillups. It rides on an upgraded suspension with disc brakes at all four corners, and it looks ready for new adventures where roads don't exist.

$83,000 (£64,000) is quite a price, however the post says a professional appraisal was done that topped $90,000 (£69,500). It certainly looks amazing from all sides, and we wish the seller the best of luck on the sale. Be sure to hit the source link below for more photos and info on this awesome overlander.