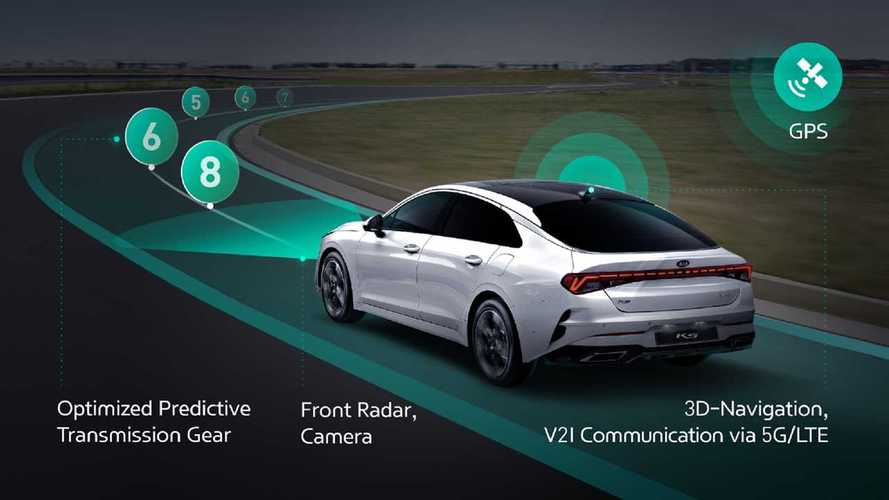 Remember when Hyundai and Kia revolutionized the CVT technology with their own version of the transmission type called Smartstream Intelligent Variable Transmission? With the use of chain belt instead of a push belt, the Korean sister companies promised better fuel efficiency, which transpired in the new Hyundai Accent. This resulted in a promising 36 miles per gallon combined fuel efficiency rating, improved from the previous 32 mpg.

The South Korean marques aren't stopping there when it comes to improving its transmission systems. Announced this week is the first predictive shifting technology called Information and Communication Technology (ICT) Connected Shift System.

The new transmission technology essentially enables the vehicle to automatically shift to the optimal gear after identifying the road and traffic conditions ahead. How? Through real-time navigation information sent via cameras, radar, and 3D navigation equipped with a precise map of the road.

While current automatic shifting of Hyundai and Kia vehicles, dubbed as Smart Drive Mode, relies on the driver's preferences, the ICT Connect Shift System predicts the situations ahead. The 3D navigation feeds oncoming elevation, gradient, curvature and a variety of road events as well as current traffic conditions. Radar, on the other hand, detects speed and distance from vehicles, while the cameras provide lane information.

With all these inputs fed onto the car's TCU, optimal shift scenarios are predicted and engaged, which should improve fuel efficiency and handling, among others.

According to the companies' test scenarios, the ICT Connect Shift System reduced the frequency of shifts in cornering on heavily curved roads by 43 percent. Frequency of braking has also been reduced by 11 percent in the same scenario, therefore reducing driving fatigue and brake wear.

Hyundai and Kia are looking to employ the ICT Connect Shift System to their future models, but they failed to mention which ones will be using the new transmission system first. It will also be incorporated with autonomous technology, as expected.

Nevertheless, it would be an exciting tech to look forward to and hopefully, the Korean marques deliver the promise in real-world tests.