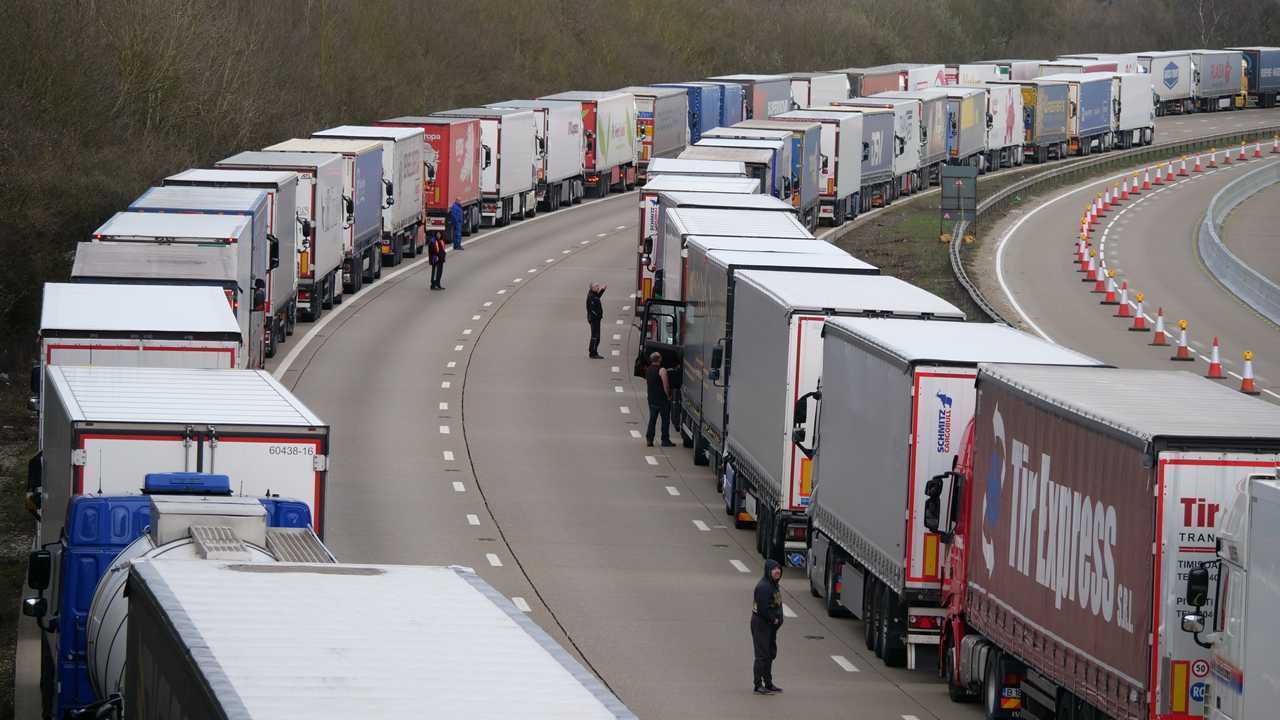 And plans for a new lorry park are being shelved.

If you live in the south-east of England or you’re familiar with a TV show called ‘The News’, you’ve probably heard of Operation Stack, which swings into action to deal with the trucks awaiting Channel crossings in Kent. More to the point, you’re probably familiar with the traffic chaos it causes. But the government says its new “state-of-the-art technology” will keep disruption to a minimum when it arrives in December.

Operation Stack is implemented when there are delays on cross-Channel services due to inclement weather, industrial action on one or both sides of the border and technical problems with rail services through the Channel Tunnel. The operation involves parking trucks on the motorway as they queue for the Port of Dover, and there’s additional parking at Manston airfield if the queue stretches too far down the M20.

More on Operations Stack and Brock:

Ministers changing Operation Stack on M20 in time for Brexit

Now, though, Highways England says a new, long-term solution to the problem is in development, and the organisation says its plans mean controversial plans for a new large lorry holding area in Kent are “no longer being pursued”. The solution in question is, essentially, a crash barrier, which can be deployed in a matter of hours and will allow traffic to continue to use the M20.

Highways England also says the scheme, which sees the moveable barrier deployed using a “specialist vehicle”, would allow the M20 to stay open as normal when there is no disruption to cross-Channel services, with a 70 mph speed limit, three live lanes, and a hard shoulder. The organisation also points out that similar schemes have been adopted abroad, in countries such as the USA and Australia.

At present, Highways England’s official announcement is hazy on details, simply saying the new plan will be less disruptive than the contraflow system required for Operation Brock. That scheme, which was designed for use in the event of a no-deal Brexit, needed a month of night closures to install the necessary barriers. This new system, though, will be deployed “within hours”.

Transport Secretary Grant Shapps said the new plans would be beneficial not only to drivers in Kent, but across the UK.

“After listening to frustrated residents and businesses affected by Operations Brock and Stack, we’ve invested in a new solution to boost Kent’s resilience and keep its vital road network moving, even at times of disruption,” he said. “This state-of-the-art technology can be deployed quickly, simply and safely, ensuring motorists across the county can get to where they need to be with minimum fuss, whatever the circumstances.”