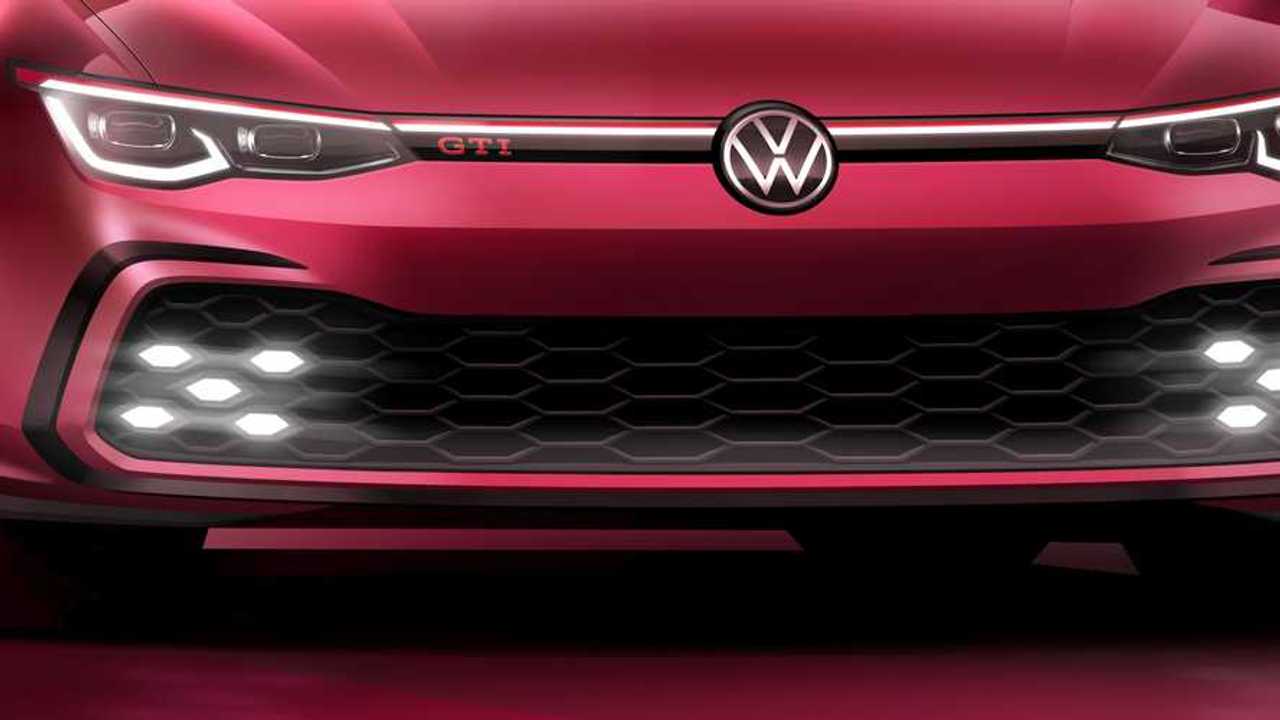 It’ll arrive alongside the Golf GTD.

Volkswagen will roll into this year’s Geneva Motor Show with not one, but two new Golf variants. The Golf GTI will join the GTD at the motoring show that’s set to kick off early next month. The GTI has been hotly anticipated since VW introduced the eighth-generation Golf last October. VW also teased the hot hatch’s front end with the reveal announcement.

Just like the regular Golf, the Golf GTI will benefit from many of the same technological upgrades made to the new model over the outgoing one. Golf’s Travel Assist will be available in the GTI, which can handle steering, braking, and accelerating on highways at speeds up to 131 miles per hour (210 kilometres per hour). It’ll also feature VW’s Car2X communication tech that can trade info with other nearby vehicles and roadside infrastructure.

What's next for the Golf?

Details about the GTI’s powertrain remain under tight security. VW says, “the GTI turbo engine will exceed expectations.” However, last month, photos shared on Instagram purported to show the GTI would produce 242 bhp (180 kilowatts). While that’s lower than the rumoured 255 bhp (190 kW), but it is more than the current GTI’s 228-bhp (170-kW) output.

Sadly, the teaser image VW released doesn’t show much of anything we haven’t seen already. The reveal of the Golf last year showed off the car’s subtle redesign. The iconic GTI red stripe across the radiator grille returns while VW will also offer an optional illuminated radiator grille crossbar, which is visible in the teaser photo.

The reveal of the Golf GTI is exciting and all – the iconic hot hatch continues – but its reveal also means we’re that much closer to hotter Golf variants. There’s the Golf TCR with a rumoured 296 bhp (221 kW) on tap while the Golf R will make a rumoured 329 bhp (245 kW). There’s plenty of Golf new to come.

The eighth generation of an icon: World première of the new Golf GTI in Geneva

World première with impact: When Volkswagen launched the first Golf GTI 45 years ago at the International Motor show (IAA) in Frankfurt, no one could have guessed that the three letters G, T and I would go on to identify an icon. But that is exactly what happened. Anyone referring to GTI today is talking about an icon: the Golf GTI. Now Volkswagen is presenting the eighth generation of this worldwide success at the Geneva International Motor Show from 5 to 15 March. This marks the launch of a pure, intelligent and superior high-tech sports car for the digital age.

The GTI’s secret of success is that its DNA has never changed. It still has a clean design, front-wheel drive, the most agile running gear, a powerful petrol engine, insignias like the red stripe in the radiator grille, and chequered seat covers. But the Golf GTI also became an icon because Volkswagen continually reinvented it, all along combining tradition with innovation. And that’s also the case in 2020. Volkswagen has digitalised and networked the new Golf GTI, catapulting it into the future with a multitude of intelligent assistance systems and a both powerful and stylish design.

The new Golf GTI is one of the first compact sports cars to communicate via Car2X with other vehicles, taking safety to a whole new level. As the first sports car in its class, the Golf GTI can be driven with Travel Assist up to a speed of 210 km/h. This is the first generation of Golf GTI to have a completely digitalised interior landscape of displays and controls. The new generation also has both the red stripe on the radiator grille and an optional LED crossbar integrated in the daytime running lights.

The power delivery of the GTI turbo engine will exceed expectations. The same can be said of the running gear, which can be set precisely by the driver in conjunction with a new DCC generation (adaptive chassis control). Some things have remained the same, however: the perfect ergonomics of the standard chequered sports seats. And so once again the true essence of a compact sports car is unveiled – and will make its debut in Geneva